[Star ESI 1] Star's past, since when were they pretty? 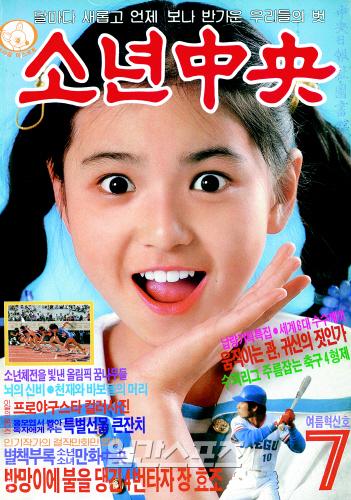 "Since when were so pretty?"

There are many pretty women on TV. We wonder if they are 'pretty from birth' or 'medically pretty'. We can check the truth from their graduation or debut pictures through the Internet. Among the pretty women are those from a beauty contest or were a child actor. There are also those who fired up male students hearts in uniforms. There are also pretty women who have peculiar experiences and are favorites by the public and in online shopping malls.

There is a "Pretty Child Contest" where all the good looking kids gather. It is also known as the "Little Miss Korea" made up of cute kids all over the country. 'Icon of revenge' Jang Seo-hee is one actress from a child beauty contest.

Winning the first place of this contest, she made her debut through a commercial and rose to fame as a child actress. She was extraordinarily pretty with her bright eyes and doll-like face. Heroine Kim Hyun-joo from MBC "Twinkle Twinkle" is also the same case. She had big eyes and fair skin.

Girl group f(x) youngest Sulli was also a pretty child despite the fact that she was only 6 years old then. The group hasn't been able to win first place in music programs yet but their looks have been given the first place. Sulli won the "Big Ribbon Child Award" in a contest in 2005. Besides her height, everything about her is the same and she looks like she's about to host the contest. 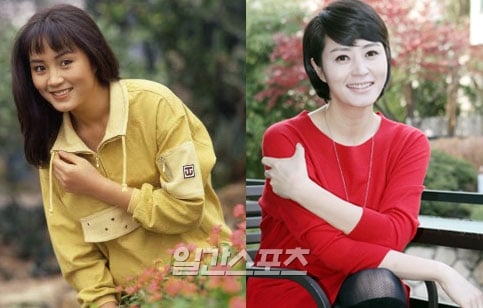 ★My face was on TV since I was a kid

Kim Hye-soo was amazingly pretty when she was younger. She was born with looks and a good healthy body. She succeeded in transforming her kid image with her sexiness. Her Barbie Girl pose which was not easy to see then, is perfect even now. "The Thorn Birds" Kim Min-jung can be called the textbook of child actors. She appeared on TV at the age of 9 in 1990.

She is perfect with her clear features and skilled acting, making it hard to believe she was a child actress. Her big marble-like eyes make anyone who looks at them fall for her. Moon Geun-young could still be called a child actress. When she first came out as the younger version of Song Hye-kyo in the year 2000 drama "Autumn in my Heart", she became a big hit. She was always crying in the drama but all the men in the country cried with her. Despite it being 10 years since her debut she hasn't aged on bit.

Do you know the 3 beauties from Eungwang Girls High? Lee Jin, Song Hye-kyo and Han Hye-jin were beauties from this school who had control all over Seoul Dogok-dong. Their pointy noses and clear features are no different from today.

There is no other difference from then than the fact that she's wearing uniforms. Lee Yeon-hee was recently known as a beauty in Bundang. Her eyes and milk-like skin shows how fresh she is. Girl's Generation Yoona's only embarrassment is that she doesn't have any. There wouldn't be another graduation picture like hers even though she graduated high school after her debut. Those who look at it would be cleansed of the eyes. 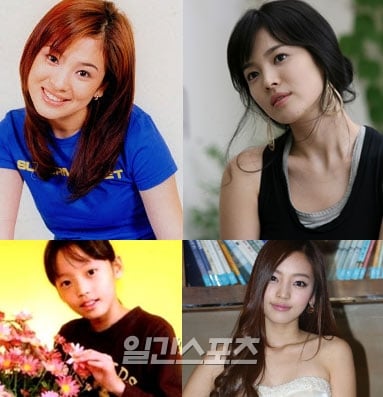 Everyone knows Nam Sang-mi was well known as the employee at the fast food restaurant in front of Hanyang University. Her shiny eyes look like they could sell ten burgers to someone who came in to buy only one. It's not a lie that the fast food place was packed with people who came to see her. Goo Ha-ra was a fitting model. What wouldn't look good on that ant-like waist? Her thin body and pretty face still look the same.

Member of Miss A Suzy was also a fitting model. Her unusual growth gave her height and a beautiful body. Her poses and expressions from her photo collections show that she got the basics from her past career. She looks like she's ready to walk on the runway at any time.

"[Star ESI 1] Star's past, since when were they pretty?"
by HanCinema is licensed under a Creative Commons Attribution-Share Alike 3.0 Unported License.
Based on a work from this source