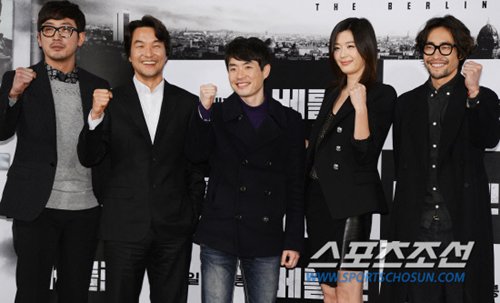 Arnold Schwarzenegger vehicle "The Last Stand", which was released in Korea on Feb. 21, has tanked at the box office and dropped off the list after attracting only 66,698 spectators in just under a month.

The film is directed by Kim Jee-woon, who shot to fame with "The Good, the Bad and the Weird", but the combination of top director and star was unable to attract viewers. This appears to be part of a wider trend where star power is fading in favor of strong storylines.

Film booking site Maxmovie asked 2,754 members of its website from Feb. 26 to March 6 what they consider when choosing a movie and found that a massive 74.2 percent said the plot is the most important factor.

In a similar survey 10 years ago, only 39.6 percent gave the same answer. On the other hand, 17.9 percent named the cast as the most important criterion in 2003, but this year that had dropped to a vanishing 3.4 percent.

Only 2.5 percent said they select a movie because of the director in 2003, and now that too has dropped slightly to 2.1 percent.

The failure of "My Way", starring Jang Dong-gun and directed by Kang Je-gyu clearly reflects the trend. "Taegukgi" (2004), which also starred Jang and was directed by Kang, drew over 10 million spectators.

Kim Hyung-ho of Maxmovie said, "As the market expands and more and more films come out, people are choosing films based on plot or genre rather than stars and directors".

The poll reflects what is happening in the box office. "The Berlin File", was directed by Ryoo Seung-wan and stars Ha Jung-woo and Jun Ji-hyun. "South Bound" was directed by Yim Soon-rye, who shot to fame with "Forever the Moment" and consistently successful actor Kim Yun-seok.

Yet in the weeks that the two films were released, they were easily topped by "Miracle in Cell No. 7", which attracted over 12.5 million cinemagoers, although it starred latecomer Ryu Seung-ryong and was made by the obscure director Lee Hwan-gyeong. 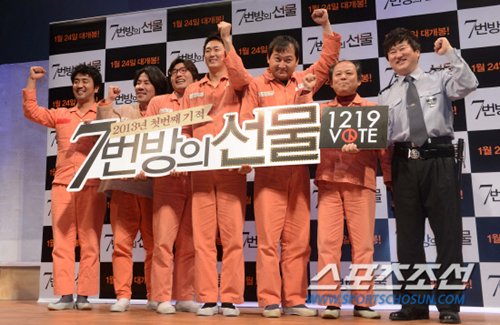 Star actors earn W500-600 million (US$1=W1,119) per film plus a bonus if the movie is a success. The CEO of a film PR company said, "Putting famous actors and directors on the posters doesn't guarantee commercial success. But it still helps attract attention up until the release".

Perhaps this was the reason why "The Berlin File" was ahead of "Miracle in Cell No. 7" in the first week of its release.

Now producers are starting to cast ensembles of actors with similar clout. Last year's box office hits "The Thieves" and "The Grand Heist" had about a dozen starring actors.

In the past, romantic comedies and melodramas tended to feature just one or two stars, but now they have three or four.

Film critic Jeon Chan-il said, "The diminishing influence of stars means filmmakers and producers now have to consider the varied needs of cinemagoers and their changing tastes, so more and more films have a whole bevvy of stars".

"Star Power Wanes at Box Office"
by HanCinema is licensed under a Creative Commons Attribution-Share Alike 3.0 Unported License.
Based on a work from this source