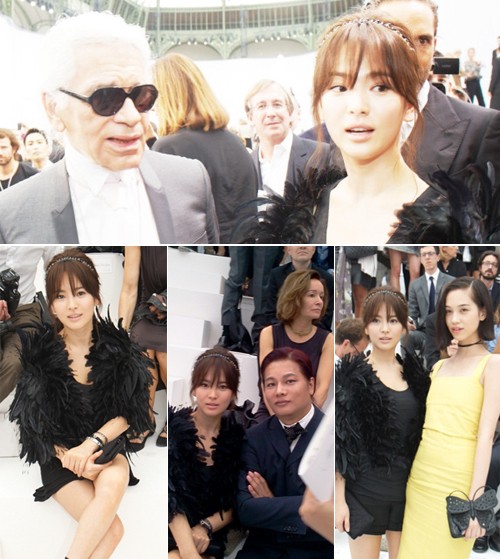 "I requested to the staff beforehand to watch out for designer labels, so that I can concentrate on my role. I think there was a misunderstanding".

Soo Ae explained the certain comments people made about her way of dressing in the drama "A Thousand Days' Promise", and how it was not like the character she should be portraying.

"The headline, "Top star 'S' who was recently at a fashion show in Paris" was Song Hye-kyo, obviously. They could just say Song Hye-kyo".

Song Hye-kyo explained about a report about her and designer labels, mentioning her as 'S', on MBC FM4U.

"[Star Says] Soo Ae, "A misunderstanding with designer label sponsorship""
by HanCinema is licensed under a Creative Commons Attribution-Share Alike 3.0 Unported License.
Based on a work from this source