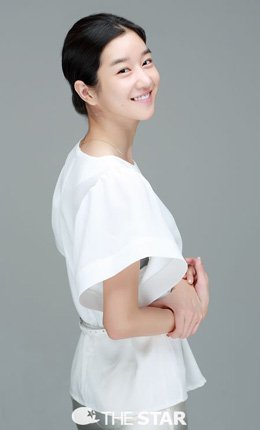 People don't seem able to take their eyes off young starlet Seo Ye-ji, who has captivated viewers with her acting prowess, natural charm and physical beauty despite her lack of experience in the world of TV soaps.

The 25-year-old debuted as a starring actress in cable channel tvN's sitcom "Potato Star", which has just finished airing. She has all the makings of a future star.

Seo majored in journalism in Spain and dreamed of becoming a TV news presenter. But her career took a different turn after she was spotted by the CEO of her current management agency, Made in Chan. She repeatedly turned down offers from the agency because she had never dreamed of becoming an actress, before she was eventually persuaded otherwise.

"I thought that perhaps it wouldn't hurt to do some acting training while I'm in Korea", she said. It turned out to be a lot more fun than she had imagined, and she ended up making it her vocation, she added.

Seo admits she is a bit of a loner. She likes going to the cinema and having tea in a cafe by herself.

"I don't really enjoy meeting other people. If I chat a lot, then I will have to talk about myself, and things end up spreading and that's how rumors start. I only confide in a few very close friends", she said.

This comes as something of a revelation given that she has spent the last eight months playing the role of an extrovert on TV.

Seo said she is taking her career slowly and moving forward one step at a time.