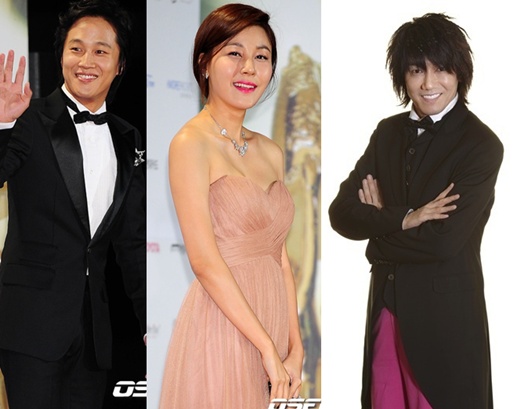 While singer Kim Jang-hoon's recent anxiety disorder reoccurrence surprised fans, there are many stars who have been through it.

Cha Tae-hyun confessed about the time he suffered a panic attack on the SBS TV program "Healing Camp". He had a serious anxiety disorder when he was shooting the drama "First Love of a Royal Prince" and sometimes even fainted. The drama was competing with Rain and Song Hye-kyo's "Full House" and when the ratings plummeted after going over 20%, he was under great stress.

He said regular treatment and his wife's care helped him get over it.

Kim Ha-neul also revealed at the release of the movie "Blind" that she had suffered from an anxiety disorder. She also had claustrophobia at the same time and was under stress when she was in a small space or on an airplane. She said now she's a lot better.

Ha Yoo-mi also confessed that her anxiety disorder was so bad it would stiffen her face and tongue, and so did Ha Dong-gyoon, Jeon Jin and more.

An anxiety disorder is a condition where a person becomes extremely nervous or anxious and it usually happens when that person is under stress. This illness was also brought up recently because of the drama "Protect the Boss", in which Ji Sung suffers from it.

"Stars confess of "anxiety disorders""
by HanCinema is licensed under a Creative Commons Attribution-Share Alike 3.0 Unported License.
Based on a work from this source