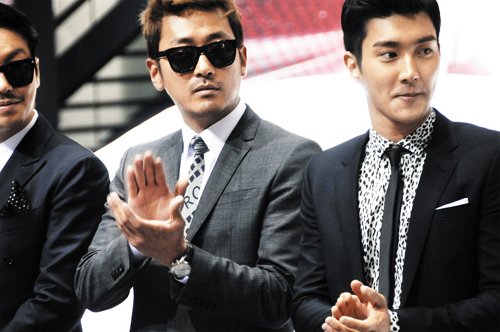 Actor Ha Jung-woo stole the spotlight when he made a surprise appearance at the opening of the Seoul Motor Show at KINTEX in Ilsan, Gyeonggi Province on Thursday.

As promotional ambassador for German luxury carmaker Audi, he posed next to the New Audi R8 sports car.

Actress Kim Tae-hee, who models for Toyota, will meet visitors at the carmaker's booth on April 6.