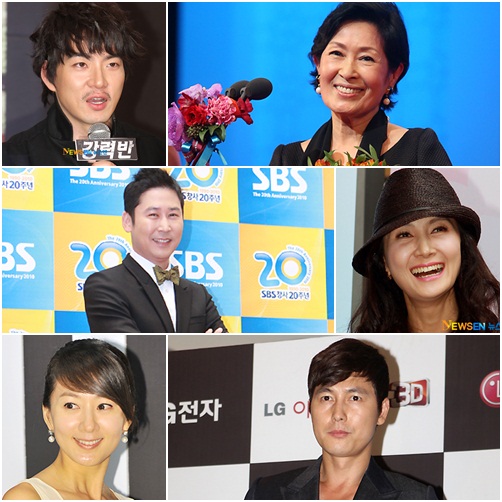 Founded ahead of the year's end, general service channels have been announcing star-studded casts one after another. Recruiting stars is the first stage of attracting attention to newly founded channels, which is a prerequisite for success. Because of this, expending resources to establish star-recruitment power is a natural move.

General service channels' first targets were broadcast television entertainment producers. Given the enormous amount of know-how required to create a drama, this meant battling with broadcasters over a short period of time and securing the production talent that would give them the best chance for a successful launch.

For quite a while new general service channels have been a pain for the nation's three main broadcasting companies. MBC's Yeo Mun-hyeok, Lim Jeong-ah, and Seong Chi-gyeong, as well as KBS's Lee Myeong-han, Kim Seok-yoon, Kim Shi-kyu, and Jo Seung-wook transferred to broadcast TV. There was also hearsay that "Infinite Challenge" producer Kim Tae-ho had received an offer to move to a general service station. People in the business have said, "Quite a few producers have received offer to move to general service channels".

General service channels, laying out an enormous amount of capital, have cast star writers and top actors in order to debut with powerful dramas. Before the year's end, the plans of top general service channels center on founding new dramas and announcing their story outlines, showing a variety of projects.

It has been reported that Kim Su-hyun began writing a featured drama for Chonsun Ilbo's CSTV. CSTV has secured Hwang Jung-min and Kim Jung-eun for the drama, called "Hanbando - Drama", about world powers fighting over Korea's natural resources.

Chae Shi-ra will also make a comeback on the television screen after 2 years away, starring as the female lead in jTBC's upcoming "Queen Insoo". Also, Song Il-gook and Park Jin-hee have signed up for jTBC's new featured drama "Fermented Family". A new work by director Park Chan-hong and writer Kim Jee-woo, who both started a craze with the popular dramas "Revenge" and "Devil", expectations are rising for "Fermented Family". Additionally, Kim Hee-ae has decided to join jTBC's "A Wife's Credentials", planned for February next year, and Park Yong-woo has also signed up.

Dong-A Ilbo's "Channel A" is preparing "Park Chung-hee, The Man" (working title), shedding light on the former president's life story, and "Timeslip Doctor Jin", based on a Japanese comic. It will also air the featured dramas "Color of Woman" and "Heaven's Garden". "Heaven's Garden" has cast Choi Bool-am, Yoo Ho-jung, Kim Sae-ron and others.

The sitcom line-up is also impressive. Shin Dong-yup and actress Kim Soo-mi will appear as a couple on MBN's "Vampire Idol". With this, "Vampire Idol" is a strong candidate to cast more idol-status stars. Kim Hye-jin will face her first sitcom acting challenge in jTBC's "I Live in Cheongdam-dong".

"Stars moving to general service channels, celebrity casting success"
by HanCinema is licensed under a Creative Commons Attribution-Share Alike 3.0 Unported License.
Based on a work from this source