Stars of "You're Beautiful" attend promo event in Taiwan 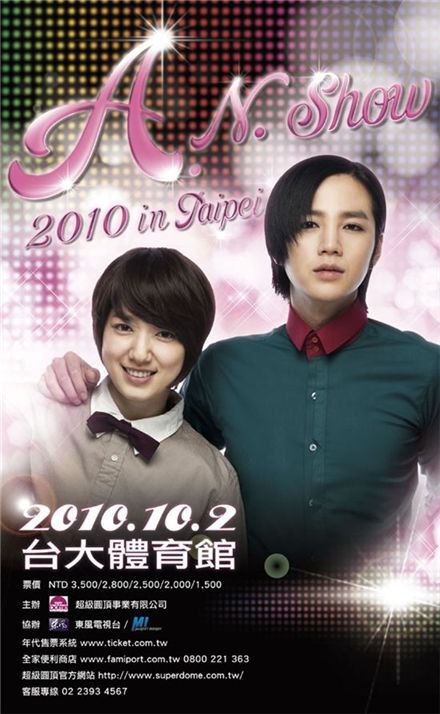 Korean actors Jang Keun-suk and Park Shin-hye held a promotional event for their drama "You're Beautiful" in Taiwan last week, according to the show's PR manager Man Insight on Wednesday.

The two actors met with about 5,000 local fans to promote the hit SBS show for the event titled "A.N Show" on October 2.

Jang took the stage for his performance of "Fly Me to the Moon" and "I'm in Love" by Ra.D, while Park danced to Beyonce's "Single Ladies" and sang "Lovely Day" from the soundtrack for "You're Beautiful" and the Chinese version of the tune "Little Sunshine".

As a special performance, the two reenacted the last scene from the drama where Go Mi-nam, played by Park, turns up at Hwang Tae-kyung's (played by Jang) concert.

"You're Beautiful", about a girl who pretends to be a man to join the popular idol group A.N.JELL, made household names out of actor Jang and actress Park in Korea and throughout Asia.

It aired in Korea during the latter half of 2009 and maintained respectable viewership ratings in the 10-percent range against hit blockbuster series "IRIS". 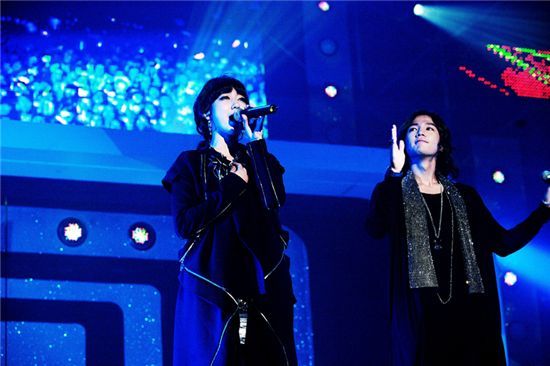 Korean actors Park Shin-hye and Jang Keun-suk perform during the promotional event for "You're Beautiful" in Taiwan. [Man Insight]

"Stars of "You're Beautiful" attend promo event in Taiwan"
by HanCinema is licensed under a Creative Commons Attribution-Share Alike 3.0 Unported License.
Based on a work from this source