Stars That Are Being Demobilized From the Military in 2019 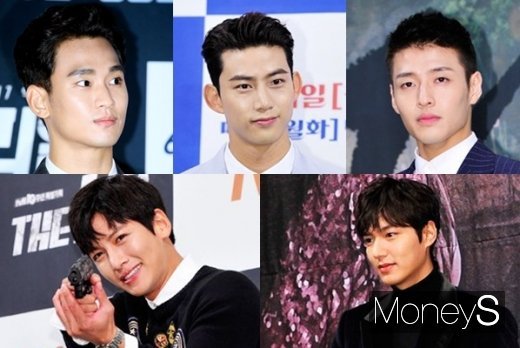 "I declare discharge from the military".

Stars who have been serving their duties to the country are almost done. National Service is a compulsory duty every Korean man has to respond to, and the same goes for Hallyu stars. Every year, they put down their duties as stars and concentrate on doing their best for national defense.

A bunch of Hallyu stars who have had the taste of several successful films and movies were admitted to National Service and had fans waiting for them. Im Si-wan is one of them and starting with his discharge, we take a look at other stars that are done soon. 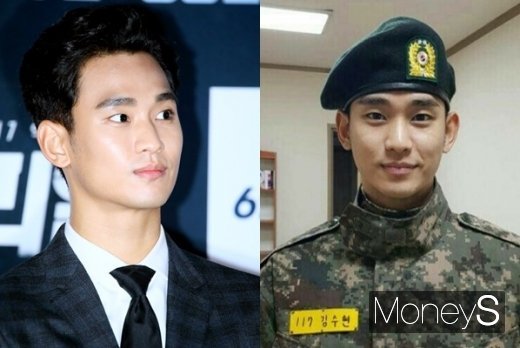 Kim Soo-hyun is demobilizing on the 1st of July. Despite the fact that he was given a level 4, which is equivalent to alternative in public service, due to a heart problem he had in 2012, he recovered in full health and entered for active duty.

He delivered a message to all those who care about him before he left. His army life was so earnest that he was made sergeant earlier than expected. When he discharges, it is expected that he will come back with various dramas and movies. 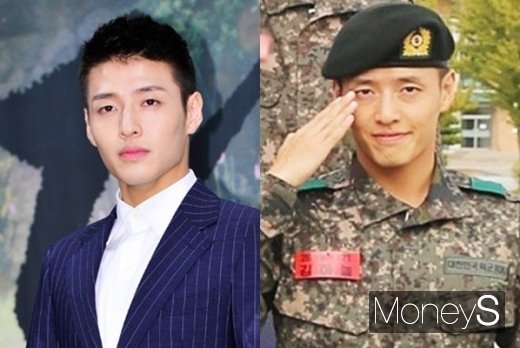 Actor Kang Ha-neul demobilizes on the 23rd of May. He joined the military in September of 2017 and served his duties in the Gyeryongdae Working Support Group Army Military Police Corps. He is an impressive character with upright behavior.

Kang Ha-neul is coming back with the KBS 2TV drama "When the Camellia Blooms", written by Im Sang-choon and co-starred by Gong Hyo-jin.

Kang Ha-neul plays Yong-sik, an officer from a neighboring patrol station. He is simple, pure, honest, right, valiant and loyal, but pretty reckless. 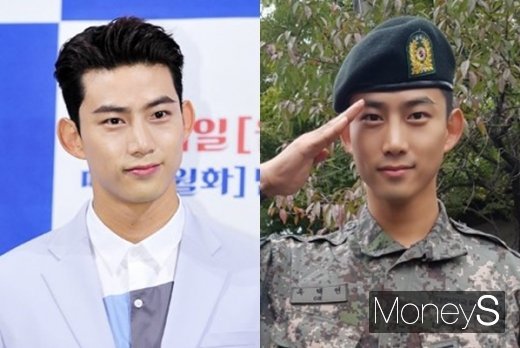 Ok Taecyeon who is discharged on the 16th of May, entered the Baekma boot camp in Goyang, Gyeonggi-do and was transferred to an assistant in recognition of his excellent training. At that time, he was a permanent resident of the U.S. and had no obligation to serve in the military, but he chose to serve in the military by even performing a back-disk surgery.

He also showed off his impressive performance by wearing a warrior platform to demonstrate the "Future Combat Performance System of the Armed Forces" at the 70th Armed Forces Day on October 1st last year. 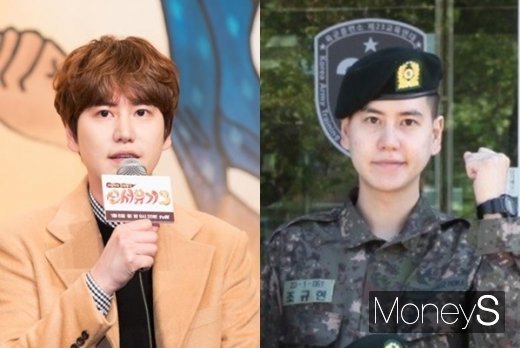 Super Junior's Kyuhyun began alternative public service on the 25th of May 2017. Fans were sad to see him go as he quit all the TV shows he was on.

Anticipation rises about his joining the 7th season of "New Journey to the West". In the 4th season, which was his last before he joined military, his wish was to be able to come back to the show when he was demobilized. 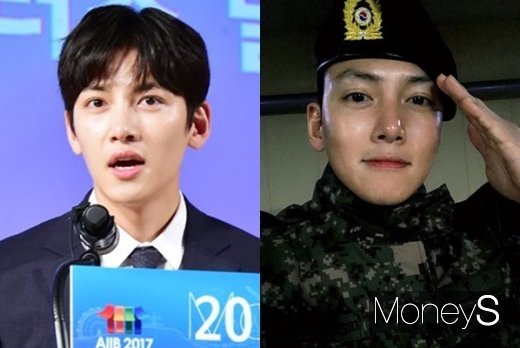 The actor joined the military on the 14th of August 2017, the year he celebrated the 10th year of his career. He was an exemplary trainee for the 5 weeks of basic training, and received the Comrade Award. He's coming back on the 27th this month. He recently starred in the musical "Shinheung Military Academy".

Ji Chang-wook debuted in 2008 with an independent movie and further moved onto more dramas and musicals. He had his first title role in "Smile, Dong-hae" in 2010.

In 2014, his performance in "Healer" with Park Min-young earned him the Best Couple Award at the 2014 KBS Drama Awards. He last starred in the drama "Suspicious Partner" before he was deployed with Nam Ji-hyun. 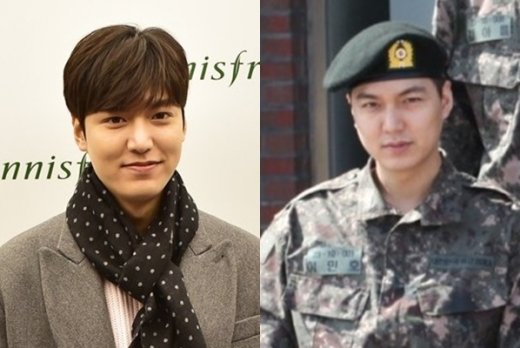 Lee Min-ho is done on the 25th this month. Under the new system, alternative military service for hm began in May 2017 at Gangnam-gu Office in Seoul. 10 months later, he was admitted to the Nonsan Training Camp in March last year and completed 4 weeks of basic training.

Lee Min-ho had been in an accident where he broke his thigh and ankle bone while filming the drama "City Hunter".

It is good news that stars who have served well in the military are being discharged. For Hallyu stars, the hiatus is bound to be a fatal career factor. Nevertheless, attention is being paid to what they will be coming back with once they are discharged.

"Stars That Are Being Demobilized From the Military in 2019"
by HanCinema is licensed under a Creative Commons Attribution-Share Alike 3.0 Unported License.
Based on a work from this source