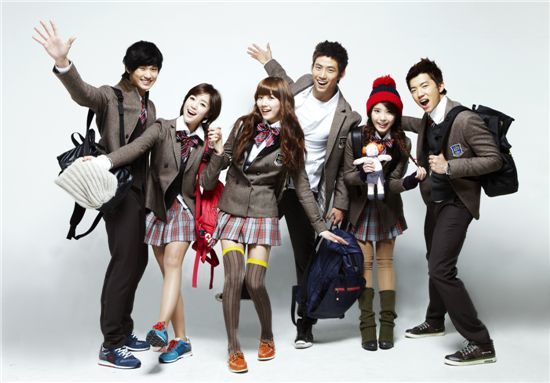 Still images of upcoming KBS drama "Dream High" were released today, according to a press release by Holym Co. and CJ Media on Monday.

The drama, a joint production between major entertainment agencies KEYEAST, JYP Entertainment and CJ Media, released two group photos that feature the main cast of the drama set to go on air next year.

Holym is the drama production company established through joint investment of KEYEAST which will be in charge of planning and production of the show, and JYPE whose founder and CEO Park Jin-young will cover the musical arrangements.

The new series, which will portray the lives and dreams of talented teenagers attending private performing arts school for singers, is expected to include singing and dance scenes.

In accordance with the story of the drama, the lead characters of the show will be played by actual singers from existing idol groups such as Suzy from girl group miss A, Ok Taecyeon and Wooyoung from boy band 2PM, Ham Eun-jung from girl group T-ara and IU, a popular female solo singer.

The drama which will be 16-part Mondays and Tuesdays mini-series expected to kick off on January 3. 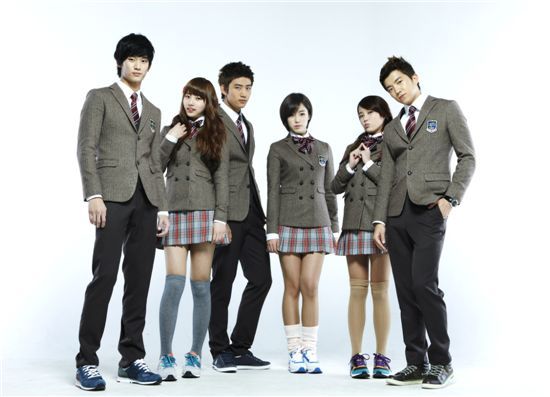