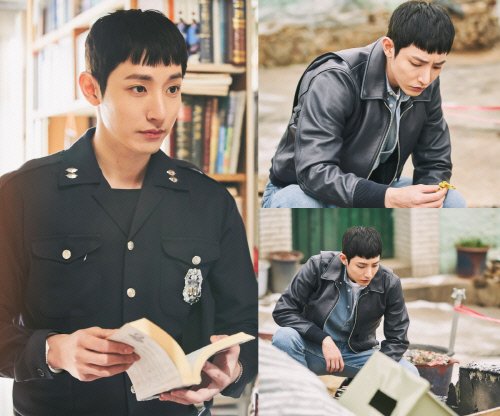 The new KBS 2TV drama "Born Again" released stills of Lee Soo-hyuk, who turned into a detective from the 1980s.

"Born Again" is a mystery romance drama about reincarnation, in which the fate and resurrection of three men and women intertwined in two lives are depicted.

The stills show Lee Soo-hyuk dressed in a uniform from the 80s. Cha Hyeong-bin is an innocent lover who only has eyes for one and one woman only. On the other hand, when he is on the field, he's charismatic. He looks keen and sensitive about something.

This is Lee Soo-hyuk's first attempt at two roles and he's working very hard at analyzing his character. In addition, his retro fashion, which he pulls off stylishly, is something else to look out for in the drama.

"Stills From "Born Again", Lee Soo-hyuk Plays 2 Roles "
by HanCinema is licensed under a Creative Commons Attribution-Share Alike 3.0 Unported License.
Based on a work from this source