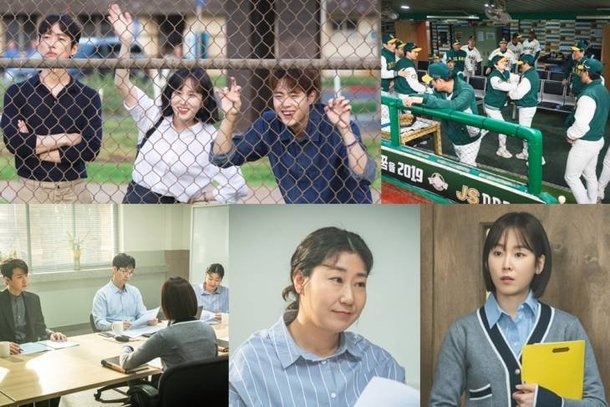 These dramas are more realistic than real life. Fans of baseball, and part-time teachers are all saying that it's their story. They are talking about "Stove League" and "Black Dog".

"Stove League", which deals with the story of 'Dreams', the lowest ranking pro baseball team, is the talk of the town. The drama began with 5.5% in viewership, but managed to hit two digits in just two weeks. The episode on the 18th rated 16.5%, and it's headed for 20% in no time.

The key to "Stove League" is that it attracts baseball fans, and even men who don't know baseball. The drama has dramatically captured the behind-the-scenes stories of the professional baseball community. Franchise star quality, scouting corruption, factional dispute between coaches, salary negotiations and the behind-the-scenes of player trade were portrayed in exciting ways. The recent introduction of the scientific system in baseball, such as Sabermetrics, a methodology for analyzing baseball statistically and mathematically, brings more tension to the drama. 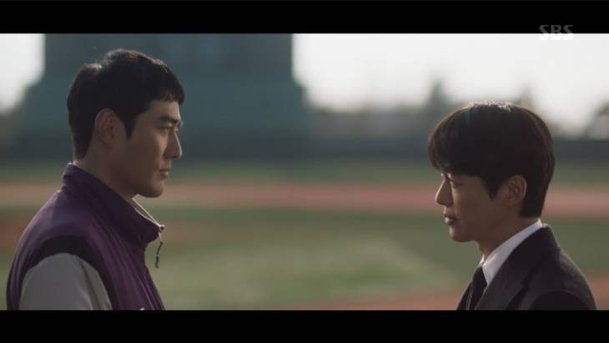 Between baseball fans, they mention specific baseball players' names and say it's 'their story'. Fans of the Lotte Giants and the Hanwha Eagles, the lowest-ranked players of the year, and fans of the LG Twins and Kia Tigers, who were once said to be allies, formed a particularly deep connection with the drama. Coincidentally, or rather inevitably, the 18-member drama advisory committee has a number of former Hanwha Eagles and SK Wyverns.

Writer Lee Shin-hwa from "Stove League" is also a pro baseball fanatic. The writer revealed through an interview that she is a fan of coach Sun Dong-yeol, but also made it clear that "Stove League" was not based on any specific baseball team or players.

"Stove League" is the writer's debut, and in the second half of 2016 she won an award for her synopsis of the drama in an MBC drama contest. She also worked as an assistant to star writer Park Ji-eun after working as a cultural program writer. Coincidentally, "Stove League" is ranked No. 1 in viewership, while it is in the same time slot as their teacher Park Ji-eun's "Crash Landing on You". As a result, the term "A pupil surpasses their master" is circulating in the broadcasting industry. 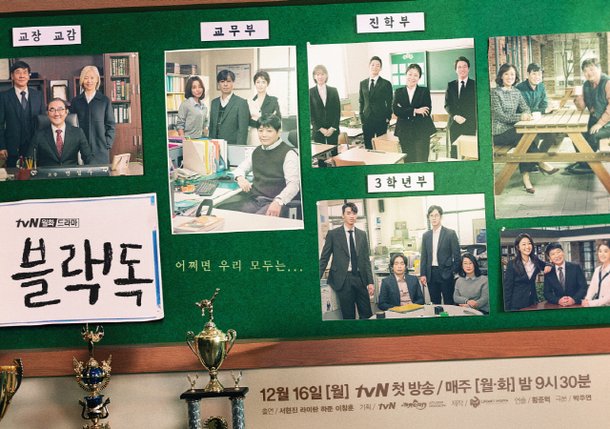 TvN's "Black Dog" has used the rare material of part-time teachers at a private school. The part-time teaching position was a job that caused a sharp conflict in 2017 over the conversion of irregular workers into regular workers in the education sector. At that time, various vocational organizations, including the Korean Federation of Teachers' Associations, as well as middle and high school teachers' applicants for the recruitment tests, opposed the regularization of teachers.

The drama details the ranking of regular and irregular teachers, the politics of teachers in schools and the reality of teachers in various miscellaneous matters. In the process, the drama has been considered as realistic as "SKY Castle", which included a series of incidents encountered by students, including the overall format of the student ministry, performance evaluation, and incorrect test scores, as well as the grievances of teachers who handled them.

Writer Park Joo-yun of "Black Dog" is a graduate of CJ ENM's O'PEN, a project to nurture new writers, and it is her first solo drama. She is known to have been a part-time teacher for about three years before her debut as a writer. 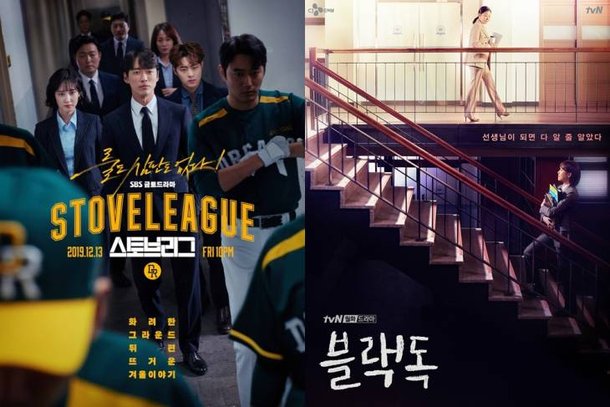 In addition to the subject of baseball and the part-time teachers, the two works are based on the theme of 'red-waste liquidation and fairness', which is a hot topic of our society. Baek Seung-soo (Namgoong Min), who leads Dreams in "Stove League", first trades the team's divisive franchise star Im Dong-gyoo (Jo Han-sun) and fires scout team leader Ko Se-hyeok (Lee Joon-hyuk-I), who receives bribes, to improve his system.

In "Black Dog", Ji Hae-won (Yoo Min-kyu), who worked as a teacher for six years, mistakes Go Ha-neul (Seo Hyun-jin), the niece of the head of the school affairs department, as a 'parachute' (someone who got their position through connections) and finds out the true meaning of what a 'parachute' is. In other words, the realistic expressions of the two authors, who are baseball fans and teachers, and the desire of the times to be fair, have been portrayed in the drama.

"They were able to create more realistic stories by using information that the writers can relate to if they are experienced or a fanatic", said Ha Jae-geun, a pop culture critic. "In particular, the universal story of an organization that would be shared by people living in it is what makes the dramas so popular".

""Stove League" and "Black Dog", More Real Than Reality"
by HanCinema is licensed under a Creative Commons Attribution-Share Alike 3.0 Unported License.
Based on a work from this source