"Strangers From Hell" Comparison With the Webtoon 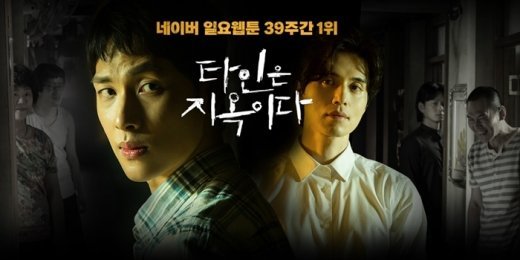 OCN Original's drama "Strangers from Hell" is in the spotlight.

"Strangers from Hell" was noticed for its great story and creepy vibe since its first broadcast on the 31st of August. Those who have seen the original webtoon have compared the drama to it, and came out with various interpretations.

The eighth episode that was broadcast on the 29th of September highlighted the dead Yoo Gi-hyeok's (Lee Hyun-wook-I) past. Anticipation rose for the final episode, as Seo Moon-jo alluded to Yoon Jong-woo that he was the killer and seemed to be involved with all the accidents going around.

Everyone was curious to know if the main characters survived at the end of "Strangers from Hell", but dramas are unpredictable. The new character of Seo Moon-jo and the owner lady's character change, and are already different from the original story as it is.

Meanwhile, "Strangers from Hell" is a Naver webtoon based on life in Seoul when writer Kim Yongki first moved there. The webtoon recorded accumulated views of over 800,000,000 at the time.

""Strangers From Hell" Comparison With the Webtoon"
by HanCinema is licensed under a Creative Commons Attribution-Share Alike 3.0 Unported License.
Based on a work from this source