"Strangers From Hell" Has It All, Lands First Place in CPI Ranking 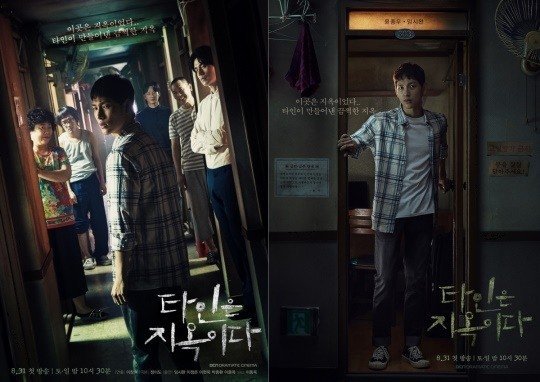 "Strangers from Hell" continues to top the list of major topics and influence.

The Saturday 10:30 PM drama "Strangers from Hell" is about a young man from the countryside who goes up to Seoul and meets people in the gosiwon he's residing at. It's the second project of 'Dramatic Cinema', a special collaboration of movie and drama production values only available on OCN. The drama was a big issue for the casting of Im Si-wan and Lee Dong-wook.

First, the high demand for "Strangers from Hell" appeared in the VOD (Video on Demand) sales. On the first week of launching (8.26 ~ 9.1), VOD sales ranked first place. On the first week of September, it ranked 253.9 points on the CPI (Contents Power Index) and proved its overwhelming popularity and influence by topping the list.

In addition, every weekend when the drama goes on air, real-time search explodes with drama-related search words and drama talk exceeding 100,000 in just four episodes. Netizens are going crazy, too. The number of hits for "Strangers from Hell" related videos on SMR + YouTube + SNS go over 5,255,152 (7/15 ~ 9/1), and this is practically the highest ranking drama on OCN since 2018.

The reasons why "Strangers from Hell" is so popular with viewers and in terms of major topics and influence are Jeong I-do-I, the writer who embodies the original webtoon's story and masterfully adapts it into this dramatic cinema project, Lee Chang-hee, the director who leads the work with a dense production, and the actors who show their best performance at every moment.

""Strangers From Hell" Has It All, Lands First Place in CPI Ranking"
by HanCinema is licensed under a Creative Commons Attribution-Share Alike 3.0 Unported License.
Based on a work from this source