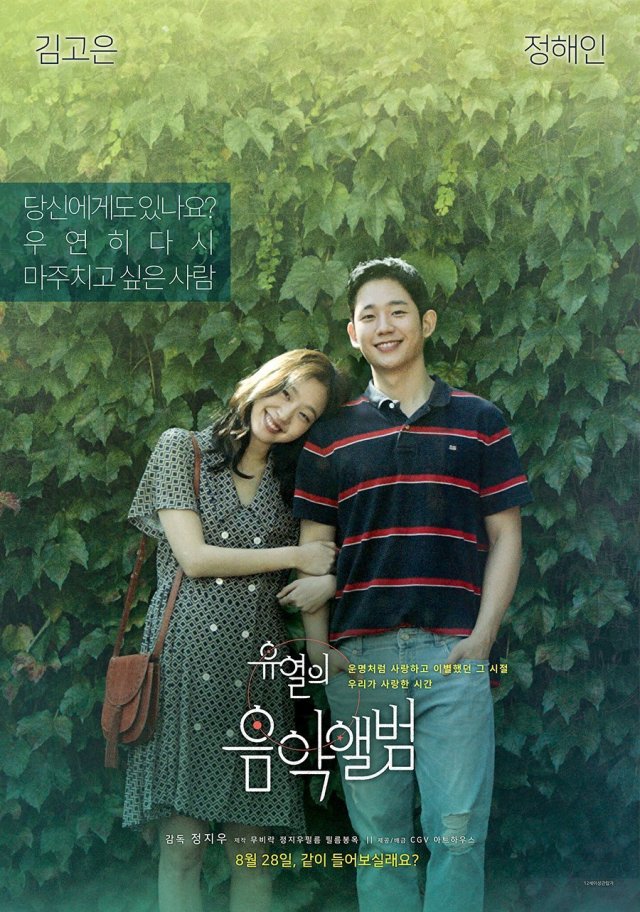 The upcoming melodrama "Tune in for Love" starring Kim Go-eun and Jung Hae-in is leading the local box office in advance ticket sales.

The film sold 43,926 tickets as of Monday morning ahead of its release on Wednesday, according to the Korean Film Council, surpassing advance sales for any other films currently on offer.

The film is receiving much attention due to the popularity of its two co-stars and director Jung Ji-woo's reputation for directing fine melodramas. Previews of the film have generated rave reviews.

"Tune in for Love" tells the love story of a young couple who come a long way over the span of 10 years as they repeatedly cross paths and part ways. Set against the backdrop of a popular radio program in the late 1990s and early 2000s, the film brings back nostalgic memories.