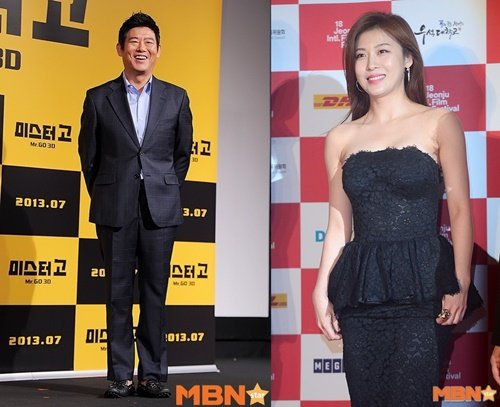 Actors Sung Dong-il and Ha Ji-won are considering the film "Collateral" according to JK Films.

Apparently they have been discussing it for a long time, but no final decisions were made.

"Collateral" is a human drama about a man who would do anything for money becoming friends with a child who is taken hostage.

Ha Ji-won hasn't been seen on the silver screen since "Man Hunt", which was released in January of last year.

Meanwhile, "Collateral" is directed by Kang Dae-gyu who dramatized the films "Harmony" and "The Himalayas".

"Sung Dong-il and Ha Ji-won Consider "Collateral""
by HanCinema is licensed under a Creative Commons Attribution-Share Alike 3.0 Unported License.
Based on a work from this source