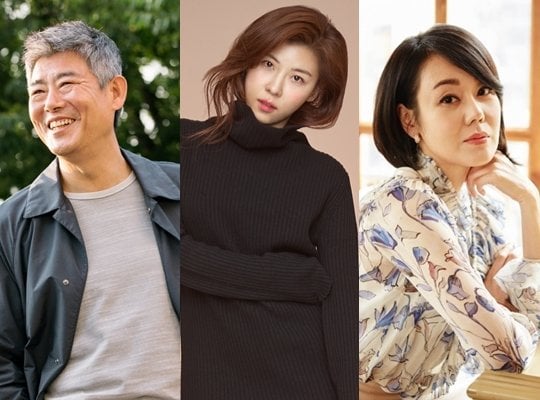 "Collateral" is a human comedy about a debt collector who kidnaps a woman's young daughter as collateral. The movie is invested and distributed by CJ ENM while comedy mastermind JK Films and Red Rover co-produce.

Sung Dong-il from the movie "Accidental Detective", the "Answer Me" series and more, takes on the role of debt collector Doo-suk. Ha Ji-won who has a great history with JK Films director, JK Youn, plays the adult Seung-gi, while 8-year-old Park So-yi who auditioned with the odds at 300:1 is to play the young Seung-gi.

Kim Yunjin has a small role, but she's a key person in the movie called Myeong-ja. She is appearing in the movie for free out of loyalty for directors Kang Dae-gyu and JK Yoon. Kim Hee-won is Jong-bae, Doo-seok's one and only friend.

Director Kang Dae-gyu said, "I wanted to talk about the values of 'giving' and 'love' to those of us living the heartless and tiring modern world. I am grateful for the actors who have all agreed to come on board".

Sung Dong-il said, "Doo-suk is blunt, but he's pure on the inside. Hee's rough, but he's very sentimental. I feel a stronger bond to him compared to other characters in the past and I decided to be in the movie right away".

Ha Ji-won said, "The storyline was amazing and the humanity in the drama made me think about people again. I hope "Collateral" does the same for you".

"Collateral" is to start filming in next month and comes out in the latter part of the year.

"Sung Dong-il, Ha Ji-won, and Kim Yunjin Come Together for "Collateral""
by HanCinema is licensed under a Creative Commons Attribution-Share Alike 3.0 Unported License.
Based on a work from this source