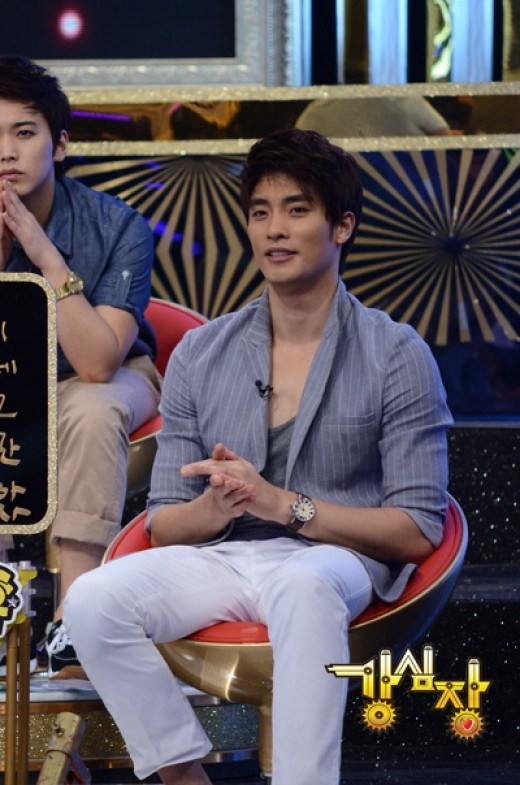 There was almost another drama couple besides the SBS drama "City Hunter" couple Lee Min-ho and Park Min-young.

On the SBS TV program "Kang Heart" on the 23rd, Sung Hoon confessed he liked Im Soo-hyang while talking about the drama that put him in stardom, "New Gisaeng Story".

When he was asked what scene he remembered the most he said, "The kiss scene with Soo-hyang underwater. I was grateful every time the director asked for another cut".

He continued, "Kissing underwater took 2 hours. I didn't care about time if I was able to kiss".

When the MC pushed him on he said, "I did during the drama but not anymore".

"Sung Hoon "I really liked Im Soo-hyang""
by HanCinema is licensed under a Creative Commons Attribution-Share Alike 3.0 Unported License.
Based on a work from this source