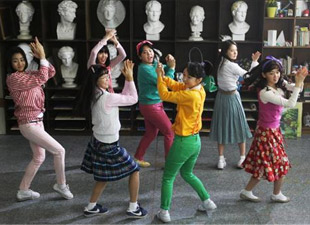 After hitting local theatres May 4th, the movie "Sunny - 2010", directed by Kang Hyeong-cheol, has hit number one nine weeks later.

According to theatre ticket figures released on June 27th, 328,511 people went to see the film from June 24-26, for a combined total of 5,726,856 movie-goers that has seen it so far. "Sunny - 2010" had placed first during it's first week at the box office, but was soon pushed down to third when big Hollywood projects like "Pirates of the Caribbean: On Stranger Tides" and "Kung Fu Panda 2" were released. Thanks to the steady and constant love of Korean fans, "Sunny - 2010" was able to re-gain its spot at first over two months after its initial release.

During the same time period, "Kung Fu Panda 2" attracted 240,090 people throughout the same time slot, for a combined total of 4,829,088 viewers making it trail at second place. The movie also set a new record in Korea as the most popular animation film, surpassing the viewer 4,670,000 mark.

Meanwhile, third place went to another domestic film starring Yoon Kye-sang, "Poongsan", with 239,387 movie-goers during the 24-26th dates, for an accumulative total of 281,859 people. For a movie that consisted of a roughly 200 million won budget with a no-guarantee pay contract for production team and actors, this is quite notable.

Another Hollywood blockbuster, "X-Men: First Class" had 228,618 viewers walk through its theatre doors during the same time frame making it a solid fourth-placer. "White: Melody Of A Curse" lured in 98,590 movie-goers placing it in fifth place.