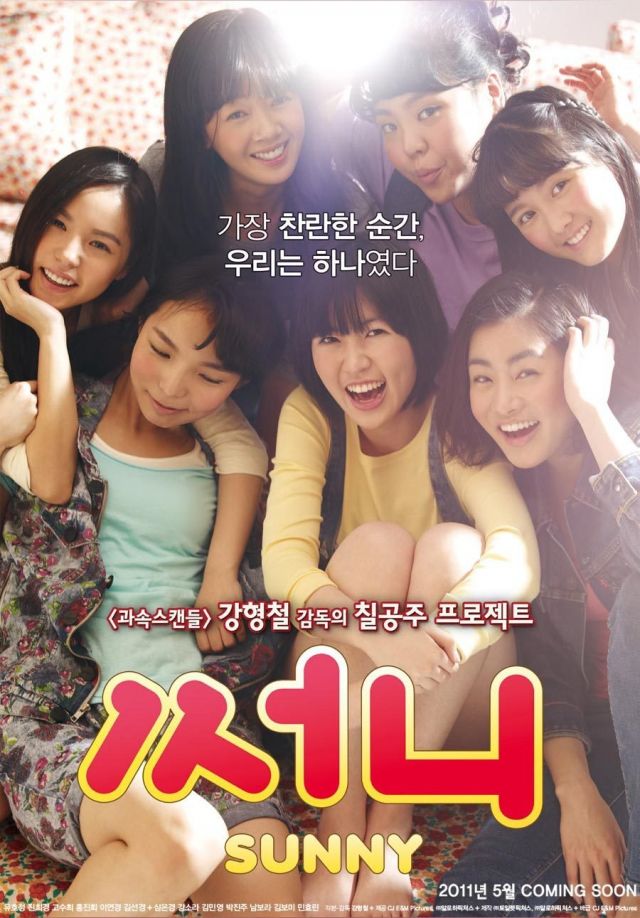 The 1980s retro drama "Sunny - 2010" drew more than 7 million viewers as of Tuesday, according to the film's distributor Showbox/Mediaplex, since opening in theaters 11 weeks ago on May 4.

The movie, directed by Kang Hyeong-cheol, is the 12th local franchise to attract such numbers since "May 18" drew in 7.3 million viewers in 2007.

Only a handful of homegrown films have ever entered "the grand arena" of 10 million viewers, while not many films have reached 7 million. "The Man From Nowhere" stopped short with 6.25 million people, "200 Pounds Beauty" was watched by 6.6 million, "The Good, the Bad, the Weird" saw 6.68 million while "Tazza: The High Rollers" attracted 6.85 million.

"Sunny - 2010" is about seven girlfriends reuniting for the first time in 25 years. When Na-mi (Yoo Ho-jung) is teased for her provincial dialect at her new middle school, a group of feisty girls, Chun-hwa (Jin Hee-kyung), Jang-mi, Jin-heui, Geum-ok, Bok-heui, and Su-ji, come to the rescue. They invite her to become a new member of their clan, called Sunny. Twenty-five years later, Nami decides to get the Sunny girls back together when it turns out Chun-hwa is suffering from a terminal disease.

The film has been noted for its period detail, witty dialogue and solid script. Kang, who made his debut with the 2008 smash hit "Speedy Scandal", has yet to see if "Sunny - 2010" will beat his previous film's 8.3 million viewer mark.

"Sunny draws 7 million viewers"
by HanCinema is licensed under a Creative Commons Attribution-Share Alike 3.0 Unported License.
Based on a work from this source