"Super Daddy Yeol" Lee Yu-ri and Lee Dong-gun, all in 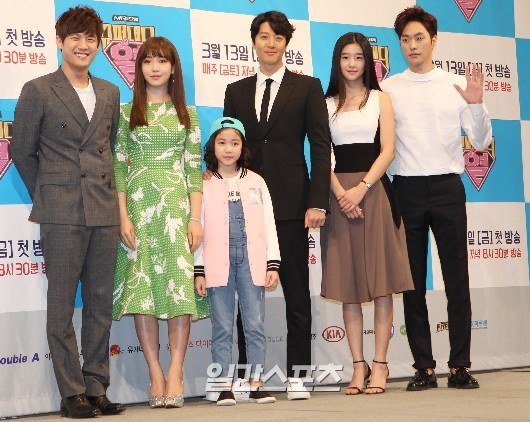 Actress Lee Yu-ri and actor Lee Dong-gun declared all in.

The drama press conference for tvN drama "Super Daddy Yeol" was held at the Seoul Imperial Place Hotel. The spotlight fell on the lead actor and actress. This is Lee Yu-ri's first drama since last year's "Jang Bo-ri Is Here!" and Lee Dong-gun's first in a year and 3 moths. Lee Yu-ri explained her decision for this drama, "I did feel pressure about the love I received last year. So it wasn't easy making a decision but I told myself to return to the beginning. I had belief in producer Song Hyeon-wook's "Marriage Over Love". I thought it'd be fun".

Lee Dong-gun said, "I think of it as a challenge as I'm trying something I've never done before. I am going to do everything to be Han-yeol".

The two of them are very eager about the drama. Lee Dong-gun decided to go along with the ride and promised, "I've decided to release everything I have and make it funny. I want us to be friendly and comfortable enough for the viewers then move their hearts with a touching story". Lee Yu-ri is also determined. "I plan on exaggerating regardless of what awards I took home last year".

They set a target percentage. Lee Dong-gun and Lee Yu-ri said, "If we make it over 5%, we will do whatever the viewers want in terms of social morality.

The producer is happy about the two of them. Song Hyeon-wook said, "It's a cable drama but we aren't pressured by percentage. We feel hard work will make results as we have two of the best actress and actor in the country".

"Super Daddy Yeol" is about Han Yeol who's been single for the last 10 years since he was dumped by his first love and Cha Mi-rae, the cause of this, who comes back a single mom. Lee Yu-ri has a daughter who claims she can never accept Lee Dong-gun as her father and they reflect back on the meaning of love. To broadcast on the 13th at 8:30PM.