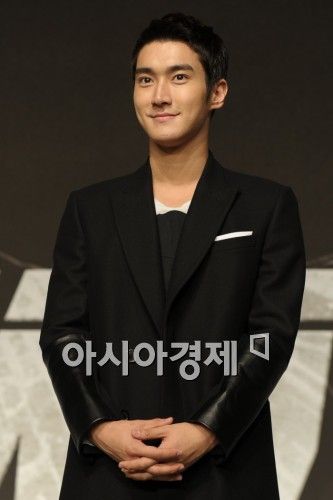 Choi's father Choi Ki-ho, 57, was appointed as the chief executive officer (CEO) of Boryung Medience on January 3, making him one of the two CEO's jointly leading the company engaged in the development and marketing of maternity and baby healthcare products.

The young Choi had long been rumored to be from an affluent family with some speculating as far as them owning a helicopter but he had only admitted that his father is the executive president of a trading firm.

Choi Si-won made his music debut through his 13-member boy band Super Junior in 2005 which is now one of the most popular K-pop acts in the country and throughout Asia.

"Super Junior Choi Si-won son of conglomerate CEO"
by HanCinema is licensed under a Creative Commons Attribution-Share Alike 3.0 Unported License.
Based on a work from this source