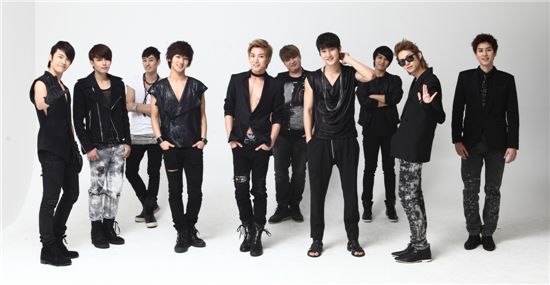 Asian pop sensation Super Junior have once again proved to be an unstoppable force in Korea, selling the most copies of their album in May.

A press release from their agency SM Entertainment on Tuesday stated that version A of the boys' fourth studio release topped music website Hanteo Information System's monthly album sales chart while the latter version ranked in at second place.

They had made a comeback to the local music scene with the first version of the album which went on sale May 13 and the second version a week later.

They were in China last weekend with other SM artists to perform at the 'Korea Music Festival' of the Expo 2010 Shanghai.

"Super Junior conquers May album sales chart"
by HanCinema is licensed under a Creative Commons Attribution-Share Alike 3.0 Unported License.
Based on a work from this source