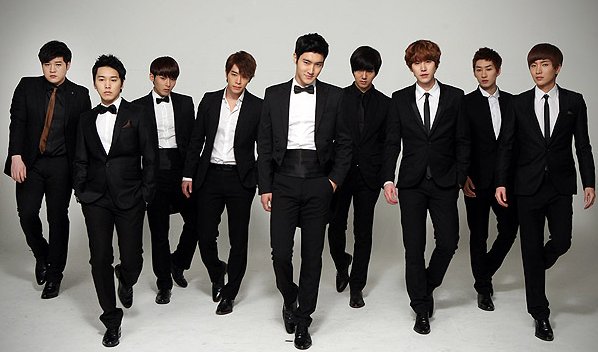 Korea's pop group Super Junior said during a comeback news conference on Tuesday that they want to become a nationally beloved idol group that is even supported by elderly citizens.

Once nicknamed the "president of hallyu" for its popularity both among local and overseas fans, the boy band has made a comeback with their first album in about a year.

Hallyu, meaning the Korean wave, refers to the boom of Korean pop culture in other Asian and Western countries.

Their sixth album "Sexy, Free & Single" is set to be released to the local market on Wednesday.

"We have received plenty of love and help since debuting in 2005", group leader Leetaeuk said during the news conference in southern Seoul. "Therefore, I think what we ought to do in the future is to explore a new path or write a new history. We want to grow into an idol group that wins the hearts of all age groups ranging from teens to those in their 60s and 70s", he said.

"We have prepared a lot, as we did for the fifth album, to show as many things as possible", Lee said. "We will try make a fruitful, fun and exciting comeback".

The "Sexy, Free & Single" album has 10 songs, including the title track of the same name. The title song is a dance track with elements of R&B music added.

The songs are about men who have succeeded by their own sweat and effort, according to the members. "It's the story of us, too", they added.

After releasing their fifth album, Super Junior went on a world concert tour called "Super Show 4", attracting crowds of some 400,000 people in 10 cities around the world.

In Taiwan, "Mr. Simple", the title track of the fifth album, was on the top of the country's pop music chart for 46 weeks in a row, a rare phenomenon for K-pop music.

Starting with its appearance in a music program on the local music cable channel Mnet on Thursday, the band will begin activities to promote the sixth album.

When the promotional activities are complete, the team leader Lee is set to join the military to fulfill his two years of mandatory military service.

"I'm a little bit worried about whether I can be loved again after coming back but I think everything will be fine when I come back and try to get along with the other members", he said. (Yonhap)

"Super Junior eyes becoming beloved idol group"
by HanCinema is licensed under a Creative Commons Attribution-Share Alike 3.0 Unported License.
Based on a work from this source