Super Junior No.1 On Taiwanese Music Chart For 1 Year 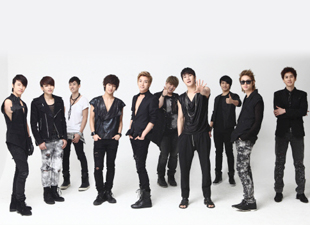 Popular group Super Junior has made its mark on Taiwanese music chart history!

Boasting its ranks as one of the most representative Hallyu groups, Super Junior maintained its number one rank on the "Korean Music" sector of the biggest music charts in Taiwan, KKBOX, for the last week of May (May 22-28). That means that it's been one year--52 weeks-- that the group held onto that spot with the song "Bonamana", ever since its release the first week of June in 2010.

The Korean Music Chart used to be for both Korean and Japanese music until January of this year when it changed its focus to solely Korean music.

Super Junior achieved a similar although not as successful feat with their song "Sorry Sorry", which was number one for 36 weeks.