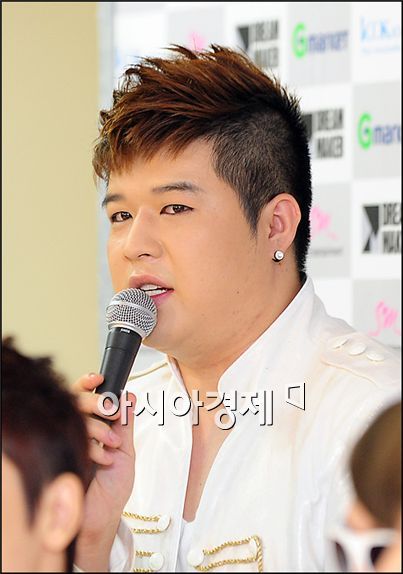 "He injured his left shoulder while shooting a television show", an official from SM Entertainment told Sports Today over the phone on Wednesday.

The official added that the 25-year-old entertainer will have to wear shoulder pads and undergo physical therapy for two weeks.

Shindong (Shindong) made his debut in the 13-member boy band Super Junior in 2005 which has released numerous hit records and songs including "Sorry, Sorry", "It's You", "Rukkugo" and "BONAMANA".

Outside of his group activities, he has appeared on various entertainment programs as well as hosting his own radio show.

He has also led a career in acting, most recently playing the role of Kang Woo-ram, a judo player, in SBS' Monday and Tuesday drama "Doctor Champ" which ened its run yesterday.

"Super Junior Shindong hurt from shoulder injury "
by HanCinema is licensed under a Creative Commons Attribution-Share Alike 3.0 Unported License.
Based on a work from this source