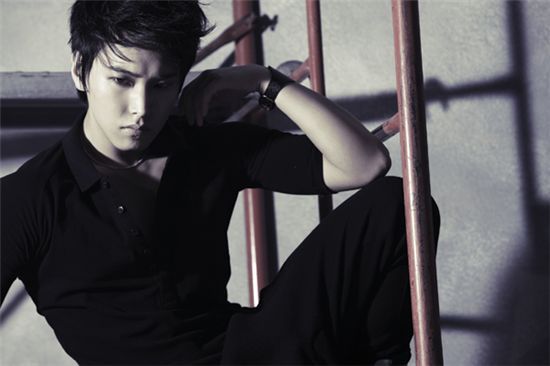 Sungmin from popular 13-member boy band "Super Junior" has been cast in a new KBS drama which will premiere next month.

Feel-LimeEG Entertainment, producer of the drama, announced through a press release Monday that the singer will play the son of a president in an upcoming series titled "President" starring veteran actor Choi Soo-jong.

Sungmin will star as a graduate student who wishes to follows his father's footsteps to become a politician. In the story, however, his attempts to help with this father's election campaign only gets him into trouble for using means that are less than justifiable.

"It's an amazing coincidence that name of the president's son in the drama is Sung-min too, and we believe he is made for the role", officials with the show's producer were quoted as saying. "He a perfectly prepared actor, gifted not only in singing and dancing but also in acting".

"President" will not be Sungmin's first attempt at acting -- he played the young-version of one of the main characters in MBC drama "Sea of Sisters" in 2005. The upcoming drama will be the first role he takes on as a grown-up.

"It's been a while since I have acted so I can't wait", Sungmin said in the press release. "It's different from the first time I acted. Stay tuned because I'd like to show how much I've changed".

The drama will air Wednesdays and Thursdays starting December 8 after "The Fugitive Plan B" starring Rain and Lee Na-young ends its run.