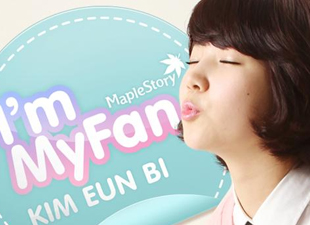 Kim Eun-bi has been finalized to be a part of a new girl group under the prestigious YG Entertainment next year.

According to entertainment related officials, YG revealed on November 14th that Kim's group will debut in the earlier half of 2012, featuring at least 7 members.

With her cute image and young age (18 years old), Kim has already proven her vocal talents through the popular Super Star K2 last year, after she made it into the top 6. She will be joining fellow Super Star K2 member, Kang Seung-yoon at YG, a entertainment agency that's easily one of the top four in the country.

This is the first real release of news on Kim, as unlike her fellow Super Star K2 finalists, she's stayed away from the public eye.

"Super Star K2's Kim Eun-bi To Debut As YG Entertainment Group"
by HanCinema is licensed under a Creative Commons Attribution-Share Alike 3.0 Unported License.
Based on a work from this source