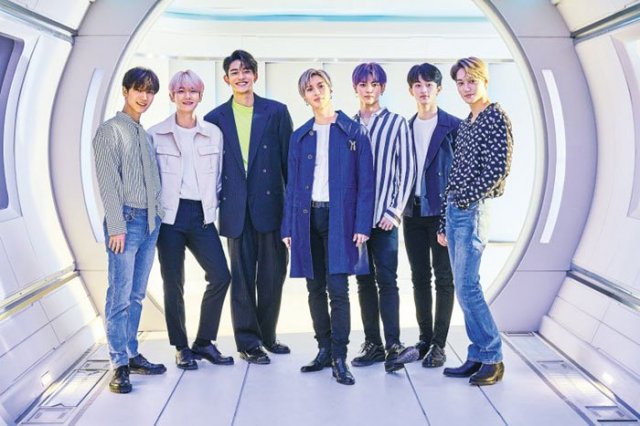 Korean Air on Monday launched an in-flight video that features boy band SuperM. It remains to be seen whether passengers will pay any more attention than to the old sober videos with actors pretending to be flight attendants.

Korean Air teamed up with SM Entertainment, one of Korea's biggest talent agencies, to create the slick video, in which SuperM sing and dance alongside singer BoA, who gives the on-board safety instructions.

The song in the video, "Let's Go Everywhere" by SuperM, is set to be released on Nov. 18, and profits will be donated to charity.

SuperM, a "band of bands" consisting of members of already established boy bands such as EXO, NCT 127, SHINee and WayV, became the first K-pop act to top the U.S. Billboard 200 Albums Chart with their debut album last month.