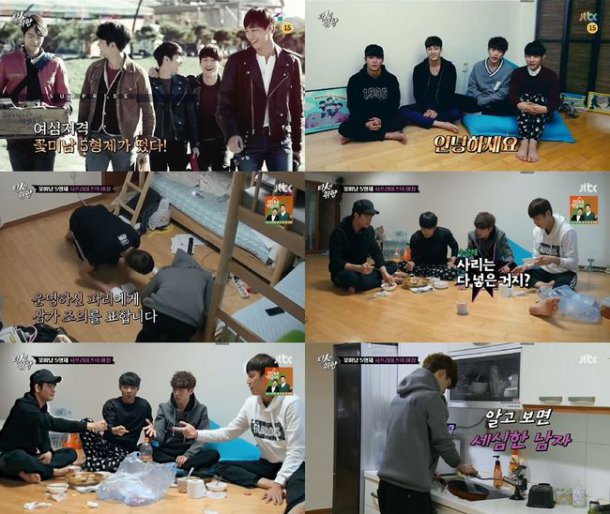 The actor group Surprise appeared on the new JTBC TV show "Taste of Others" and stole the hearts of their female fans.

Surprise put the guard down and showed national television how they get up in the morning and eat together in the living room unlike their usual-perfect-selves.

All of them did things differently and Seo Kang-joon made everyone laugh by battling a fly that bothered his sleep and Lee Tae-hwan was just being funny".

Kang Tae-oh was in charge of breakfast as he made 'army soup' in his own way and Seo Kang-joon suggested they played a game to decide to did the dishes. He ended up doing them.

Surprise appealed to the viewers as friendly and increased their level of fandom from men to women.

"Surprise appeal to female fans"
by HanCinema is licensed under a Creative Commons Attribution-Share Alike 3.0 Unported License.
Based on a work from this source