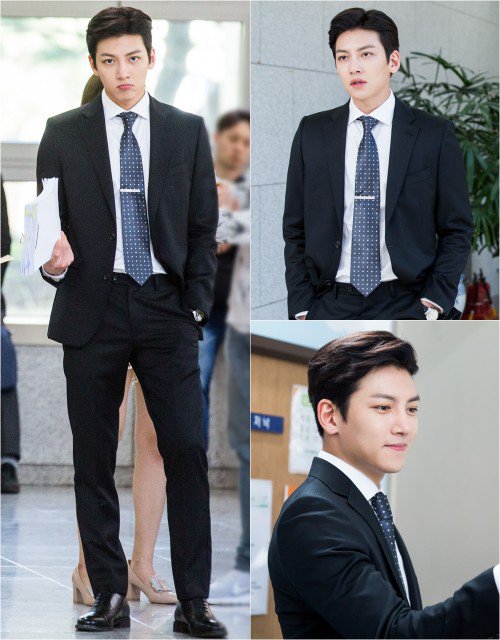 He stars in the new SBS drama "Suspicious Partner" as No Ji-wook.

"Suspicious Partner" is a romantic drama about No Ji-wook and an outsider from the Judicial Research and Training Institute. The drama is written by Kwon Ki-yeong and directed by Park Seon-ho.

No Ji-wook is ace in what he does. His eyes draw attention and in his luxury looking suit, he looks splendid and gives the feel that he is cold and meticulous.

Noh Ji-wook became a prosecutor according to his father's wishes and has no mercy for crime. He has eyes that seem to penetrate through his victims' minds and has an aura that no one can step over.

In one of the pictures, Noh Ji-wook is holding a bunch of papers and has his lips shut tight. He is making eye contact with the camera in another and is smiling cutely.

"Suspicious Partner" starts on the 10th of May.

""Suspicious Partner" Ji Chang-wook becomes sexy from head to toe "
by HanCinema is licensed under a Creative Commons Attribution-Share Alike 3.0 Unported License.
Based on a work from this source