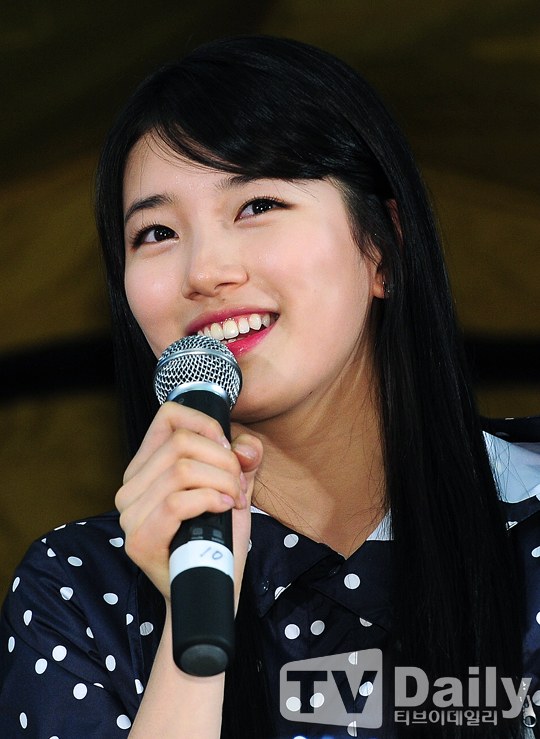 Suzy attended her first Mnet "20's Choice" event in 2010 and received the HOT New Star Award which is only given to those who have been outstandingly active in that year.

She's become the icon of first love since the movie "Architecture 101" and was awarded the 20's Movie Star Award in 2012. This year sure enough, she's been nominated as the 20's Drama Star for the MBC drama "Gu Family Book".

She's been on a roll on the homepage, being voted up to 40% and beating everyone else. Many anticipate her third award this year.

The "20's Choice Summer Festival is held in KINTEX this coming 18th.

"Suzy nominated for "20's Choice" for 3 years in a row"
by HanCinema is licensed under a Creative Commons Attribution-Share Alike 3.0 Unported License.
Based on a work from this source