"Swing Kids" Do Kyung-soo Talks About Learning to Tap Dance 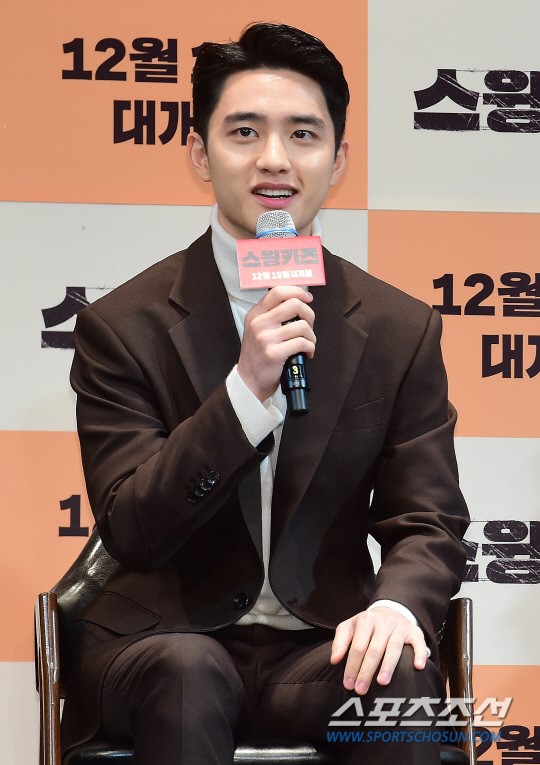 The premiere of the human film "Swing Kids" was held in the COEX SM Town Theater on the 12th. Do Kyung-soo in the role of Ro Gi-soo, the prison camp delinquent who coincidentally stumbles across tap dancing, Park Hye-soo in the role of Yang Pan-rae who volunteers to be the translator for the dancing team for money, Oh Jung-se in the role of Kim Byung-sam who joins the dance team to find his wife, and directorKang Hyeong-cheol.

Do Kyung-soo learned tap dancing and the North Korean dialect and shaved his head for the role. He said, "I needed to shave my head for the character, but I had a hard time with the dialect. You don't hear it every day, so I had to get used to it with a teacher. Most of all, I practiced a lot of tap dancing. It was a different kind of dance from what I'm used to in EXO. It was fun like I was learning a new instrument, but it was easier than I thought".

Meanwhile, "Swing Kids" is the touching story of Swing Kids, the dance group from a prison camp in Geojaedo starring Do Kyung-soo, Park Hye-soo, Jared Grimes, Oh Jung-se, Kim Min-ho and produced by Kang Hyeong-cheol. The movie comes out on the 19th of December.

""Swing Kids" Do Kyung-soo Talks About Learning to Tap Dance"
by HanCinema is licensed under a Creative Commons Attribution-Share Alike 3.0 Unported License.
Based on a work from this source