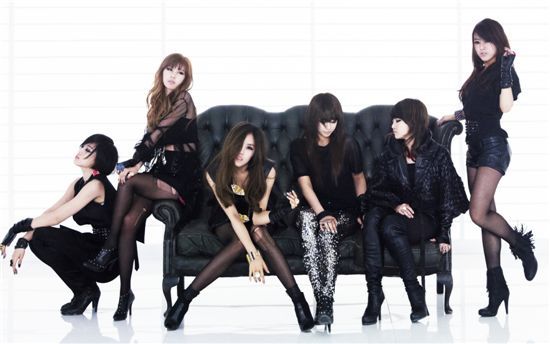 Korean girl band T-ara, who recently sparked rumors of feud among members, will soon be going though "big changes", according to their agency Core Contents Media on Friday.

Core Contents Media said in a press release that agency head Kim Kwang-soo will be releasing an official statement regarding the future activities of the group on July 23, adding that no other comments will be given before then.

The agency further explained that the forthcoming changes will be made on a group basis, not on an individual level, to sort out any issues there may be between the girls.

T-ara drew talks of tension among members when Jiyeon and Hyomin each posted questionable comments on their Twitter pages on Wednesday.

Jiyeon had written, "I have been too focused on changing forward. Maybe I should stop now" while Hyomin remarked, "Why are they giving me such a hard time? What did I do that was so wrong? I don't have the strength to go on living and work hard".

However, the agency dismissed talk of any friction, saying the two were merely "complaining of their too-busy working schedule" and that rumors of the members fighting or breaking up were "groundless".

T-ara, who debuted in July 2009 with the single "Lie" and "Wanna Play", is composed of Eunjung, Hyomin, Jiyeon, Boram, Soyeon and Qri.

They released their first studio album "Absolute First Album" in December 2009, which produced two hit singles "Bo Peep Bo Peep" and "I Go Crazy Because Of You".

Several members have also branched out to acting; Ham Eun-jung is currently starring in SBS TV series "Coffee House" while Hyomin and Jiyeon will soon be appearing in upcoming drama "My Girlfriend is a Fox with Nine Tails" (SBS) and summer horror pic "Death Bell 2: Bloody Camp", respectively.

"T-ara to go through "big changes" says agency "
by HanCinema is licensed under a Creative Commons Attribution-Share Alike 3.0 Unported License.
Based on a work from this source