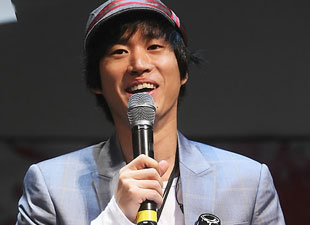 Tablo may have been quiet for some time, but his fans are supporting him stronger than ever.

After the release of his first solo album Fever's End on November 1st, it hit number five on the US iTunes Hip Hop/Rap Album Chart. This is no new feat as Tablo's debut group, Epik High's past album reached number one on the same chart.

The Korean artist was neck and neck with some of the most recognizable hip hop faces in the world: Lil Wayne, Jay Z, Kanye West, and Eminem.

After going through one of the most turbulent times in his life, being attacked by netizens for fabricating his education background, this recent successful comeback is all the more meaningful. His title song featuring Taeyang, titled "Tomorrow", has already hit number one on many real-time music charts in Korea.

The song is about a person who feels there's no tomorrow because of a lost love. It has a slight dark and gloomy vibe, but relays the intense love and pain one is going through post-breakup.