Tacyeon debuts as actor in Japan, with Kim Tae-hee 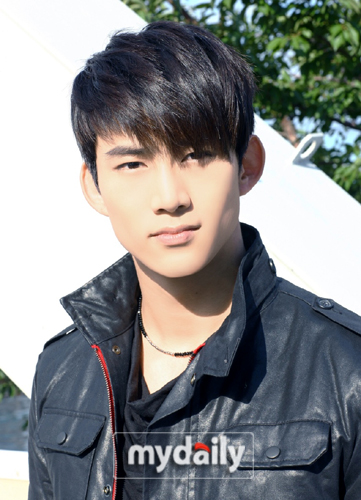 2PM Tacyeon is making his debut in Japan as an actor.

He has confirmed to star in the Japanese Fuji TV drama "99 Days with the Star". This drama will be broadcasted every Sunday night at 9PM since the 23rd of October.

This drama is about the romance between a Korean top star Han Yoo-na (Kim Tae-hee) and a bodyguard (Nishijima Hitetoshi) who is around her for 99 days. Tacyeon is taking on the role of Tae-seong, who has a puzzling relationship with Han Yoo-na.

Tae-seong is a character who had to give up his dream due to reality and he has a secret he's never told anyone before. This secret draws together the two main characters and the paparazzi Hashitsume (Kaname Jun), playing a great axix role in the story of the drama.

Tacyeon has been building on his acting skills in "Cinderlla's Sister" and "Dream High".

"Tacyeon debuts as actor in Japan, with Kim Tae-hee"
by HanCinema is licensed under a Creative Commons Attribution-Share Alike 3.0 Unported License.
Based on a work from this source