Talk Battles among Korean Celebs on every Tuesday night! 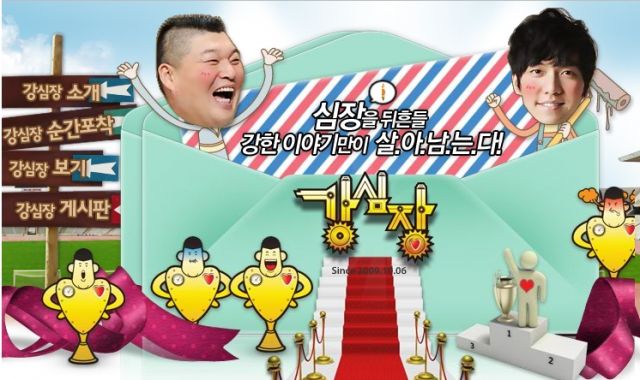 Do you remember the actor/singer Lee Seung-gi who played a leading role in "My Girlfriend is a Gumiho" in 2010? He's a host of the Korean talk show "Strong Heart" with Kang Ho-dong, a famous emcee in Korea.

On Tuesday nights, about twenty celebrity guests gather in an SBS studio and share their stories. Mostly, they talk about their hardships in debuting, strange experiences, and some other funny events in their lives. As these stars share their stories, viewers and fans get a chance to become more familiar with them. 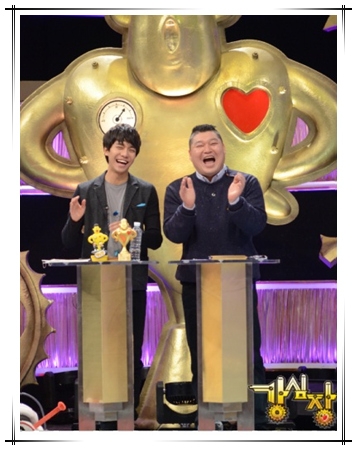 Sometimes, it becomes a chance for some celebs to clear out rumors around them. Recently, former singer No Yoo-min confessed that he actually has a baby daughter. He used to have many rumors around him about him getting married and having a baby; and it was said that he denied all of these. But as he says on this program, he insisted that he never denied anything; he was cautious about announcing that his girlfriend was pregnant before they get married. However, because the press released articles about him and his privacy without asking him, his girlfriend and he got so flustered that his girlfriend almost had a miscarriage. Therefore, their marriage had to be delayed till the baby was born. Fortunately, the baby was healthily born, and he proposed to his girlfriend through the program. 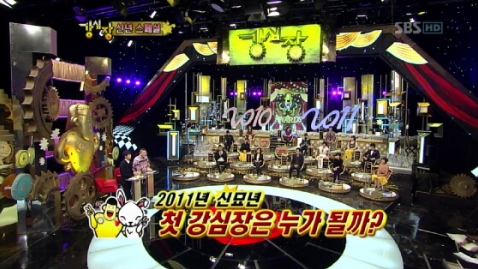 During the show, there is a small section called "Teuk Academy". This special part is for Super Junior's Leeteuk, Shindong, and Eunhyuk to appear and either show celebs' past images (mostly embarrassing pictures), or make celebs sing and/or dance. They even recorded a logo song of this show with the other member Dong-hae. 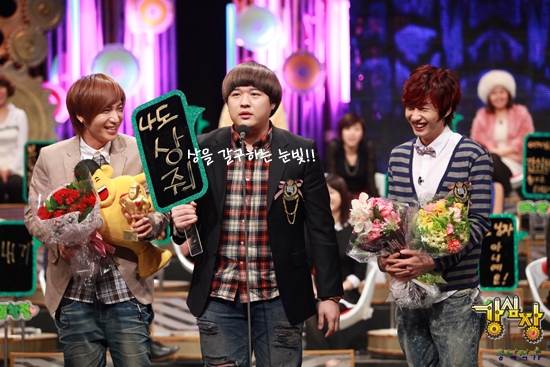 The great thing about the show "Strong Heart" is that it does not only focus on idols or contents for younger generation viewers; all different generations can enjoy the show with various stories from many different age groups.Photo credits: http://tv.sbs.co.kr/strongheart/index.html

"Talk Battles among Korean Celebs on every Tuesday night!"
by HanCinema is licensed under a Creative Commons Attribution-Share Alike 3.0 Unported License.
Based on a work from this source