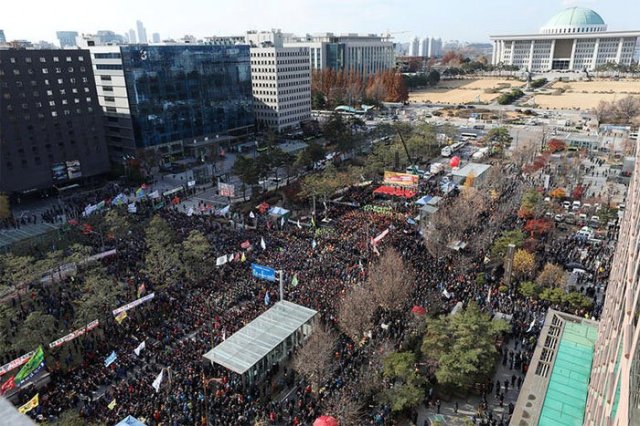 Taxi drivers rally in front of the National Assembly in Yeouido, Seoul on Thursday.

Some 40,000 taxi drivers rallied in front of the National Assembly in Yeouido, Seoul on Thursday to protest against the launch of Kakao's new carpooling app.

They blocked the road in front of the parliament for two hours, calling for a ban on commercial carpooling services in a revised transport bill, which lawmakers started deliberating that day.

The rally came about a month after a similar protest in Gwanghawmun on Oct. 18 by tens of thousands of taxi drivers who say the service will take a major toll on their business and steal their jobs.

The revised bill would allow carpooling only during morning and evening rush hours and prohibit it on holidays.