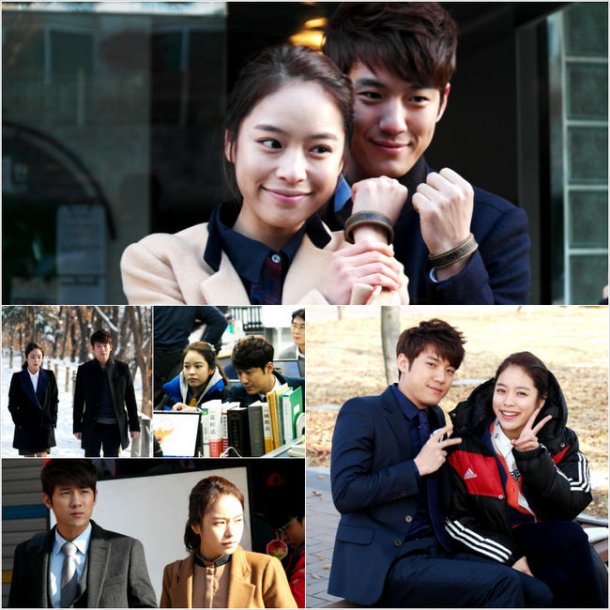 Seo Jun-young and Hong Ah-reum seem different behind the scenes of MBN drama "Tears of Heaven".

For fifteen years, Yoon Cha-yeong searches wide and far for Cha Seong-tan who is actually Lee Ki-hyeon and Lee Ki-hyeon can't remember the happy moments he had with her since his memory loss at the age of 12. They get involved but still don't know that they're looking for each other.

Hong Ah-reum and Seo Jun-young put on a perfect show of tears when the cameras are rolling, but when the camera turns off, they change completely. They pose for the camera to take pictures and make everyone laugh because of the way they look alike. They hold up 'V's or hold fists with their matching bracelets.

Hong Ah-reum and Seo Jun-young are nicknamed the 'funny couple' as they become completely different people once the camera stops rolling.

The MBC Drama Department says, "The two of them are two years apart but they work together very well. Their happy-go-lucky personalities help make the work much easier".

Meanwhile, "Tears of Heaven" can be seen every weekend at 6:20PM.

""Tears of Heaven" Hong Ah-reum and Seo Jun-young"
by HanCinema is licensed under a Creative Commons Attribution-Share Alike 3.0 Unported License.
Based on a work from this source