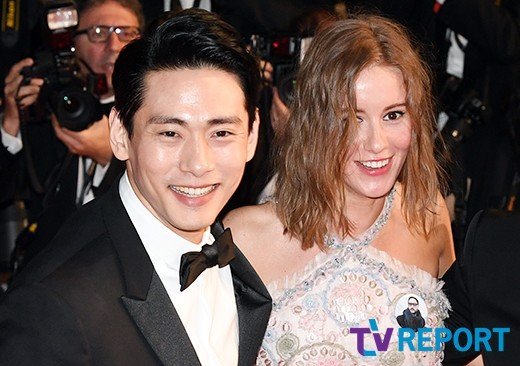 Teo Yoo and Irina Starshenbaum were at the 71st Cannes Film Festival with their movie "Reto".

"Reto" is the story of Victor Choi, a legendary Russian singer and a Korean-Russian star. Korean actor Teo Yoo plays Victor Choi who was born to a Korean father and a Russian mother.

Meanwhile, the 71st Cannes International Film Festival is being held from the 8th to the 19th of May in Cannes, France. The opening film is "Everybody Knows" by Ashgard Farhadi judged by Cate Blanchett from "Blue Jasmin" and "Carol".

"Teo Yoo and Irina Starshenbaum at Cannes Film Festival"
by HanCinema is licensed under a Creative Commons Attribution-Share Alike 3.0 Unported License.
Based on a work from this source