"That Winter, the Wind Blows" Jo In-sung melts women with his eyes 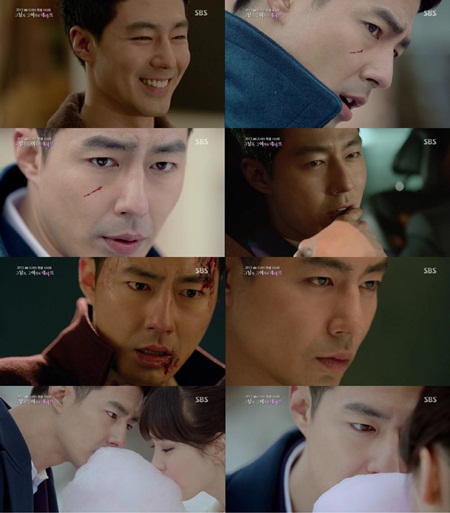 Actor Jo In-sung is going to cause some serious damage.

Jo In-sung's eyes are the thing of the talk these days from the upcoming SBS drama "Wind Blows In Winter".

In the images of Jo In-sung, he is smiling affectionately or staring at something with force in his eyes. He is also beat up and wounded but his eyes are sad. The image of him looking at Son Hye-kyo with love in his eyes and eating cotton candy just does it all.

"Wind Blows In Winter" is a traditional mellow drama about a man and a woman who don't believe in love. It's written by Noh Hee-kyeong and directed by Kim Kyoo-tae. To be aired for the first time on the 13th.

""That Winter, the Wind Blows" Jo In-sung melts women with his eyes"
by HanCinema is licensed under a Creative Commons Attribution-Share Alike 3.0 Unported License.
Based on a work from this source