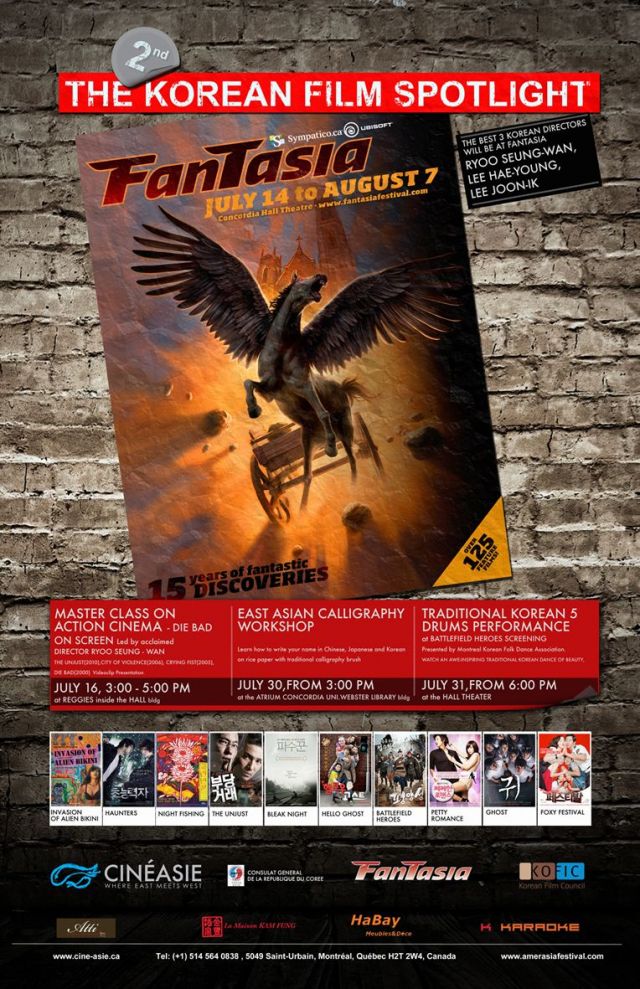 From Kim Min-suk-IV, scriptwriter of "The Good, the Bad, the Weird", comes his directing debut "Haunters" (Canadian premiere), a stylish paranormal thriller with star Gang Dong-won that did serious box office in Korea. "Hello Ghost" (Canadian premiere) by Kim Yeong-tak is an irreverent yet big-hearted comedy starring Cha Tae-hyun ("My Sassy Girl" and "Speedy Scandal"). Hollywood has picked up remake rights with plans for Chris Columbus (HARRY POTTER, HOME ALONE) to direct! Oh Young-doo's "Invasion of Alien Bikini" (Canadian premiere), Grand Prix winner at Yubari Fantastic Film Festival 2011, is a contemporary Korean genre hybrid blending science fiction, comedy and action, and a triumph of filmmaking on a shoestring. And finally, "Petty Romance" (Canadian premiere), by Kim Jeong-hoon-II, offers a quirky and highly enjoyable spin on the romantic comedy genre, its charms having taken it to the top box-office ranking the week of its release in South Korea.

The Korean section also includes an impressive pair of short films. "Night Fishing" (Canadian premiere), by Park Chan-wook ("Old Boy") and Park Chan-kyung, won a Jury Prize and the Golden Bear at the Berlin Film Festival, and was entirely shot using an iPhone 4. Straight from the competition of the latest edition of the Cannes Film Festival, "Ghost - Short" (North-American premiere) by Dahci Ma presents the story of a starving man in an empty home whose wild imagination begins to wander. 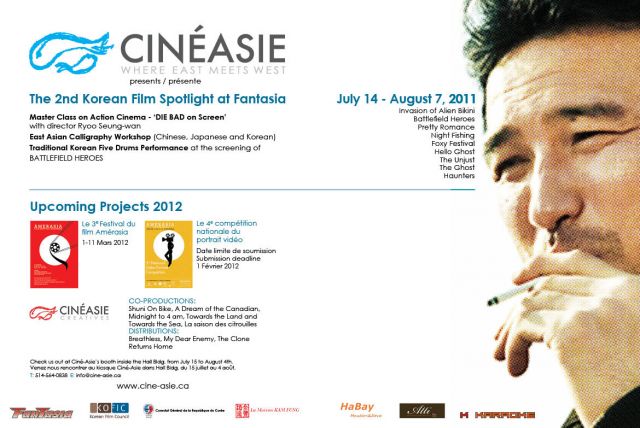 "The 2nd Korean Film SpotLight at FanTasia 2011"
by HanCinema is licensed under a Creative Commons Attribution-Share Alike 3.0 Unported License.
Based on a work from this source