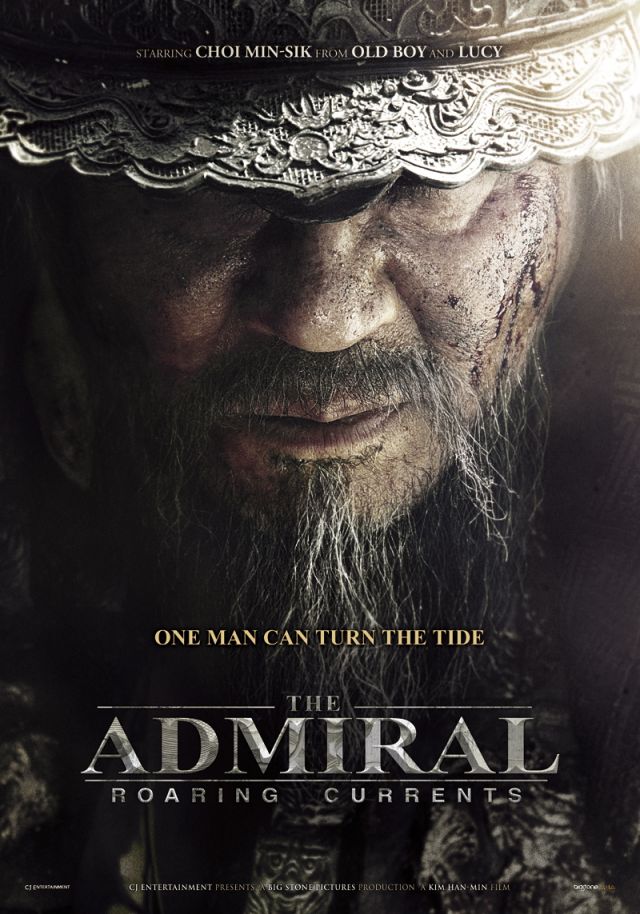 Most Watched Film of All-Time in Korea Soars Past $2.5 Million in U.S. Admissions

The record breaking and highly acclaimed Korean naval battle film, "The Admiral: Roaring Currents", is now the highest grossing Korean language film in North America surpassing $2.5 million at the U.S. box office. The stateside success of "The Admiral: Roaring Currents" follows dominance in its home country. Since the film's overseas premiere on July 30, "The Admiral" became the most watched film of all time in South Korea, garnering over 17 million admissions in domestic sales and breaking multiple box office records.

The film portrays the real life battle of Myeong-Nyang, the legendary naval battle that occurred during the Japanese invasion of Korea in 1597. On the 16th of September in 1597, Admiral Yi Sun-shin won the battle at Myeong-Nyang Sea with only 12 battleships against 330 Japanese enemies. This battle is considered one of Yi's most significant victories because he defeated the Japanese without his famous Turtle Ships, which brought him previous victories.

"The Admiral" is moving into its 6th week of release and was available this weekend on 14 screens in Los Angeles, New York, Philadelphia, Atlanta, Honolulu, Seattle, Portland, East Lansing, Raleigh, and Columbus.

For show times and theatre locations please visit www.CJ-Entertainment.com or the official Facebook page at www.facebook.com/AsianMoviesNMore.