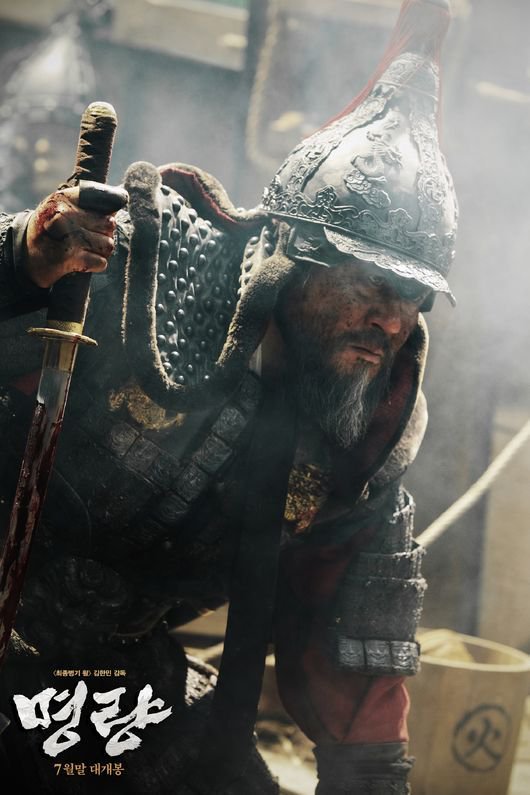 The public holiday came at the right time. Will "The Admiral: Roaring Currents" rise to the top on Independence Day?

According to the Korean Film Council, "The Admiral: Roaring Currents" broke through 12 million and 50 thousand audiences within 16 days of its release.

It's currently on the run to catch up with "Avatar", which is at the top of the box office at the moment. It's possible that "The Admiral: Roaring Currents" will beat "Avatar" record on the 15th due to the Independence Day holiday.

With every day being a new record for "The Admiral: Roaring Currents", how long will it take to reach the record that "Avatar" has set?

Meanwhile, "The Admiral: Roaring Currents" is about the battle that occurred in 1597 during the Japanese invasion when 12 fleets fought against 330 foreign ships and became victorious. Directed by Kim Han-min, the cast includes Choi Min-sik, Ryu Seung-ryong, Cho Jin-woong, Jin Goo, Lee Jung-hyun, Kwon Yool and more.

""The Admiral: Roaring Currents" meets Independence Day"
by HanCinema is licensed under a Creative Commons Attribution-Share Alike 3.0 Unported License.
Based on a work from this source