Lee Sun-kyun has been confused throughout his late 30s as he suffered from unstable marriage ("Everything about my Wife") and faced a life-and-death risk by causing a hit-and-run accident on the day of his mother's funeral ("A Hard Day").

However, in celebration of his reaching his 40s, "The Advocate : A missing body" is coming out. He plays Byeon Ho-seong, the attorney who lives by the principal, "Winning is justice". He faces the biggest hardship of his life but in the end overcomes it. While Byeon Ho-seong is stuck between wealth and fame, Lee Sun-kyun reached maturity.

"I think my views on movie has changed while I took a break after "A Hard Day". I feel a bigger responsibility and greed towards movies now".

We met Lee Sun-kyun in a café in Seoul. He looked full of happy concerns about his life and filmography. Leading the movie "The Advocate : A missing body" on his own has become another task he must overcome in his life.

"I take up a lot of the movie so it's a bit pressuring. Whatever I do effects the tempo or flow of the movie. Still, it's something I must overcome".

His concerns are reflected in the movie. The subway chasing scene, which is a classic, is something producer Heo Jong-ho and himself thought about after a long time.

"One thing we talked about a lot was expressing Byeon Ho-seong without insulting him illegally. The scene at court was used to construct his character. We didn't go for reality but dramatically to show what kind of a character he is. We used accessories to show how confident he was of himself. The subway scene was created with additional ideas from the producer and we managed to film it in a day".

After talking about the episodes of the movie, Lee Sun-kyun said, "I was relieved after the premiere because the feedbacks were good. "The Advocate : A missing body" is something you can watch with a light heart". 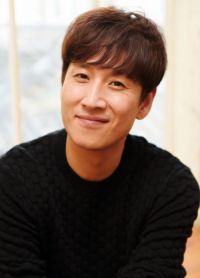 "I invited all of my family to watch the movie at the VIP premiere. My teenage nieces and nephews told me it was good via text. Other audiences also told me it was good. This movie is different from "The Throne" and "The Intern". We aim at a viewing range of 15 years and above so it's comfortable to watch for generations young and old. It's even better when you watch it in cinemas".

Lee Sun-kyun plans to work on two more next year.

"I am going to attempt at an emotional act which is something I've never done before. The making starts in January".

""The Advocate : A missing body" Lee Sun-kyun reaching maturity"
by HanCinema is licensed under a Creative Commons Attribution-Share Alike 3.0 Unported License.
Based on a work from this source