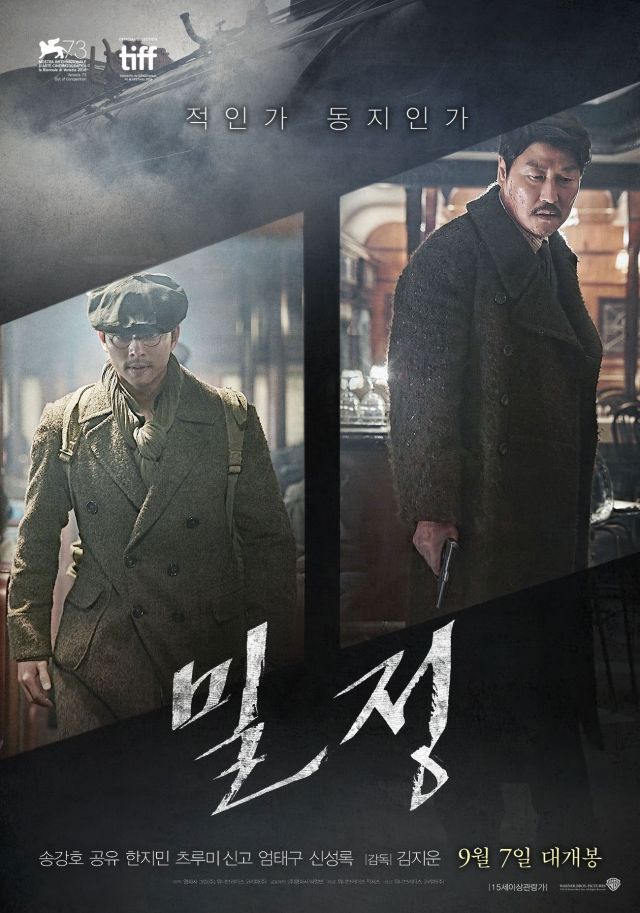 "The Age of Shadows"

Synopsis: It's the end of 1920s, a period marred by the Japanese occupation of Korea. Lee Jung-chool, a Korean who works as a Japanese police office, is given the special mission of uncovering the Righteous Brotherhood, and begins tracking its leader Kim Woo-jin. Standing on the opposite ends of this fight, both men dig information on each other. The Brotherhood soon finds out that there are leakers on both sides and cracks down to find the moles. They travel to Shanghai to evade the investigation and to obtain explosives. But this information is also leaked and the Japanese officers follow suit. As the Brotherhood finishing loading explosives onto the train back to Korea, Japanese agents hop on.

"The Age of Shadows (2016)"
by HanCinema is licensed under a Creative Commons Attribution-Share Alike 3.0 Unported License.
Based on a work from this source