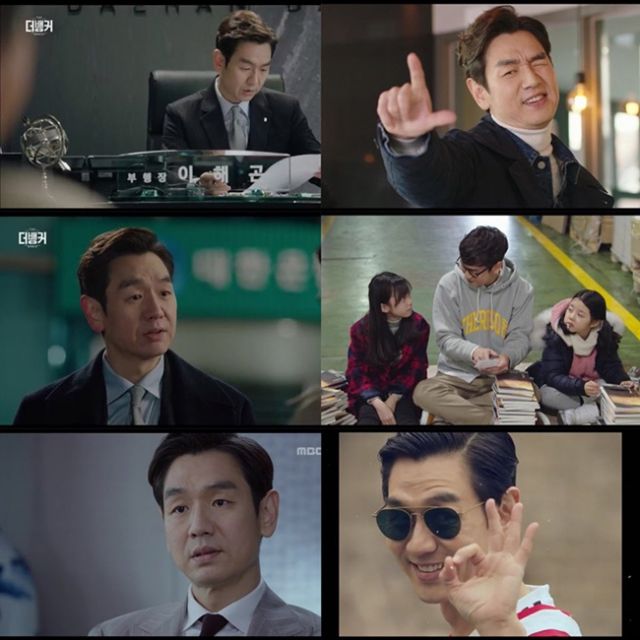 Recently in the tvN drama "Romance is a Bonus Book", he played Kim Jae-min an optimistic character, but in the current MBC drama "The Banker", he is a stone-cold charismatic character, Lee Hae-gon, the deputy chairman.

Lee Hae-gon is an elite superior who forges his own path to create a new bank. He draws attention to himself with his flambuoyant personality.

"Romance is a Bonus Book" was said to have been a chance to rediscover Kim Tae-woo as it wasn't easy to see the comical side of him. However, his character is the complete opposite in "The Banker".

Anticipation rose when he first appeared with a serious aura about him and interacted intensely with Noh Dae-ho (Kim Sang-joong) and Kang Sam-do (Yoo Dong-geun).

Even at the premiere of the drama, he said his character was not the bad guy, but just someone who's developed under pressure and the resulting personality can cause others some discomfort.

"The Banker" which can be seen every Wednesday and Thursday at 10 PM KST.

""The Banker" Kim Tae-woo Completely Transforms From Previous Characters"
by HanCinema is licensed under a Creative Commons Attribution-Share Alike 3.0 Unported License.
Based on a work from this source