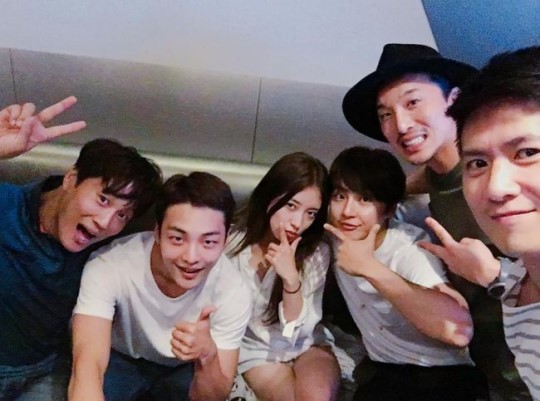 Drama "The Best Hit" cast put on display the friendship they developed even after the show came to an end.

On the 16th, the actor Kim Min-jae-I posted a group photo on his Instagram, where all the main casts of the drama is present.

Present in the photo is the actor Yoon Si-yoon, Cha Tae-hyun, Kim Min-jae-I, Dong Hyun-bae, Hong Kyung-min and actress Lee Se-young. As they posed all together for the photo, we can see in their happy smiles how close they have become as they filmed together for this drama. Their solid teamwork made a great show and their friendship is going strong even after the show has ended.

For the photo, actor Kim Min-jae-I captioned it saying ",The Best Second Hit".

""The Best Hit" Squad, Their Everlasting Friendship"
by HanCinema is licensed under a Creative Commons Attribution-Share Alike 3.0 Unported License.
Based on a work from this source