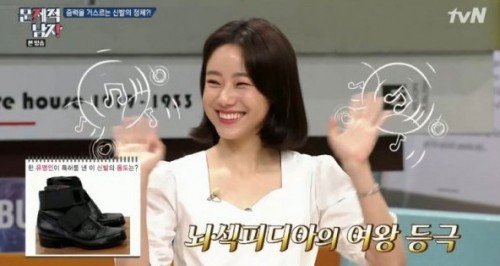 Actress Lee Si-won is not only talented, but smart as well. On the Chuseok special for tvN program "The Brainiacs" on the 25th, she showcased her personal gifts as well as the fact that brains run in the family.

The actress was born in 1987 and is Korean aged 32 now. The double Seoul National University graduate has appeared in dramas such as "Mrs. Cop", "Suits", and "Black". This smarty pants began inventing at the ripe age of four and even secured six patents for her work.

"[The Brainiacs] Lee Si-won Applied for Six Patents as a Child"
by HanCinema is licensed under a Creative Commons Attribution-Share Alike 3.0 Unported License.
Based on a work from this source