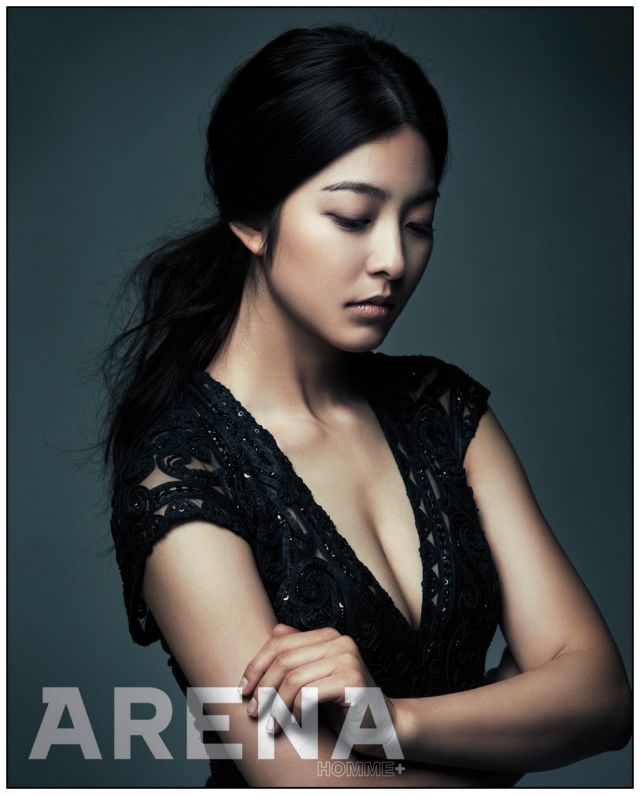 Kangin from Super Junior mentioned his kiss scene with Park Se-young from the movie "The Cat Funeral" and her sexy pictorial came into the picture.

Park Se-young appeared in the March issue of Arena Homme Plus full of beauty. Her full breasts and 'S' line drew the attention of men.

Park Se-young made her debut in 2011 SBS "If Tomorrow Comes" and continued to star in "The Equator Man", "Love Rain", "Faith" and others. She starred in the KBS 2TV drama "School 2013" as Song Ha-kyeong and made her statement. She then led the KBS 2TV drama "Sweet Springs" and then the movie "The Cat Funeral".

About the kiss with Kangin, Netizens say, "Kangin and his taste in women", "Wow her body", "She's sexy" and more.

Meanwhile, Kangin attended the premier showcase for "The Cat Funeral" on the 7th and said, "There's a lot of intimacy but it was mostly in the beginning. We kissed before we even got to know each other".

""The Cat Funeral" Park Se-young's cleavage line"
by HanCinema is licensed under a Creative Commons Attribution-Share Alike 3.0 Unported License.
Based on a work from this source